Peter Frampton's April 23rd album aptly titled Peter Frampton Forgets The Words is an instrumental album, but Peter certainly knows how to make his strings sing. Here's the version of Roxy Music's Avalon he and his band did for the album. 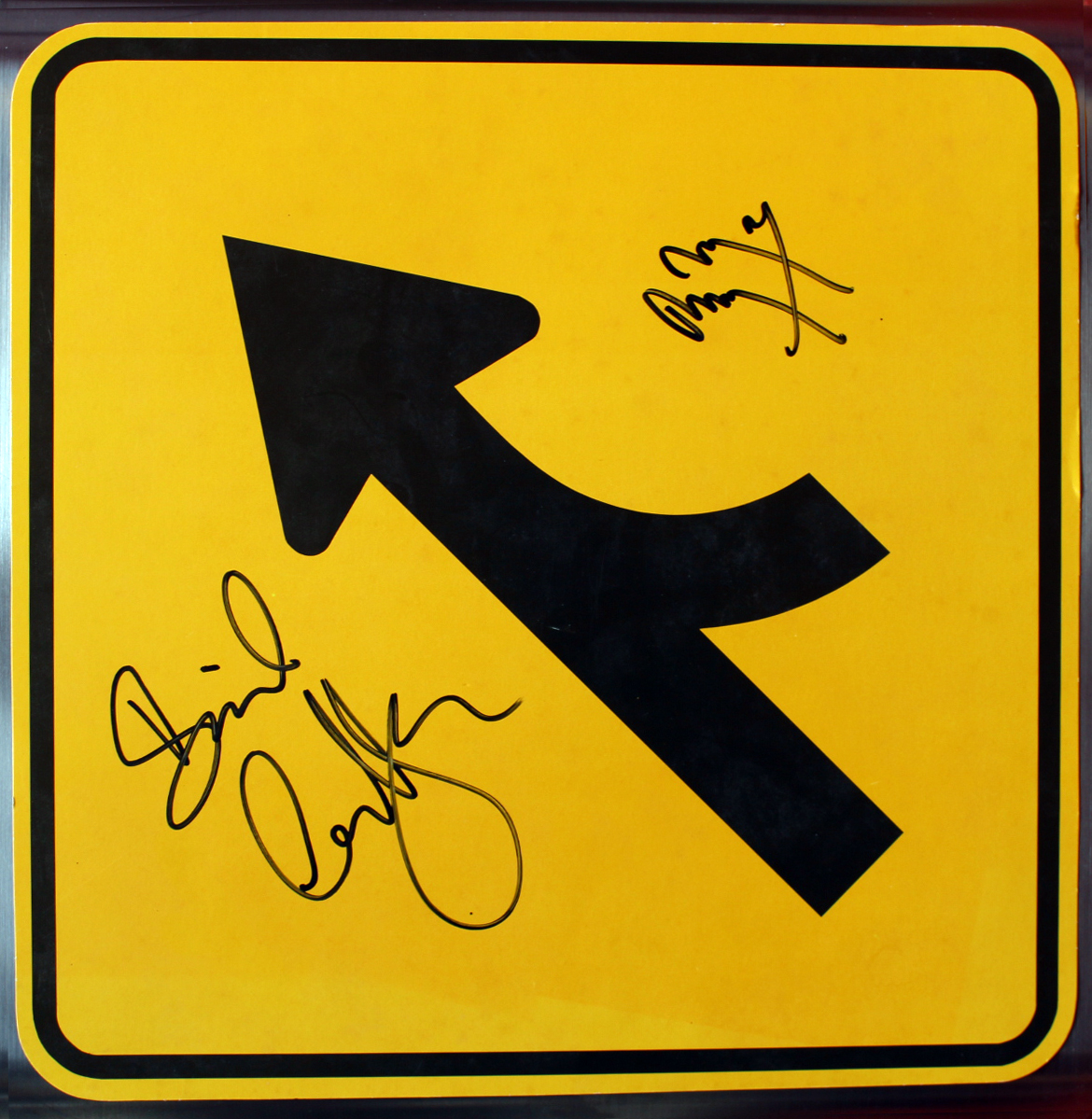 Coverdale-Page, the 1993 collaboration involving David Coverdale and Jimmy Page is closing in on its 30th anniversary. The Whitesnake and Led Zeppelin veterans are already on the same page regarding an expanded re-release of the 1993 album in 2023, but Coverdale is actively trying to entice Jimmy to record some new tracks to include on it. Speaking with Eddie Trunk on his SiriusXM program Trunk Nation recently, David said he pitched the Zep guitar great on working together on some new material on Zoom or FaceTime. One obstacle is that Page is hunkered down at his country estate due to the pandemic and not inclined to motor into a London studio for sessions, but with the better part of a year to go and Covid hopefully getting reigned in, there should be enough time to get the couple of songs Coverdale has in mind to add finished, arranged and recorded. 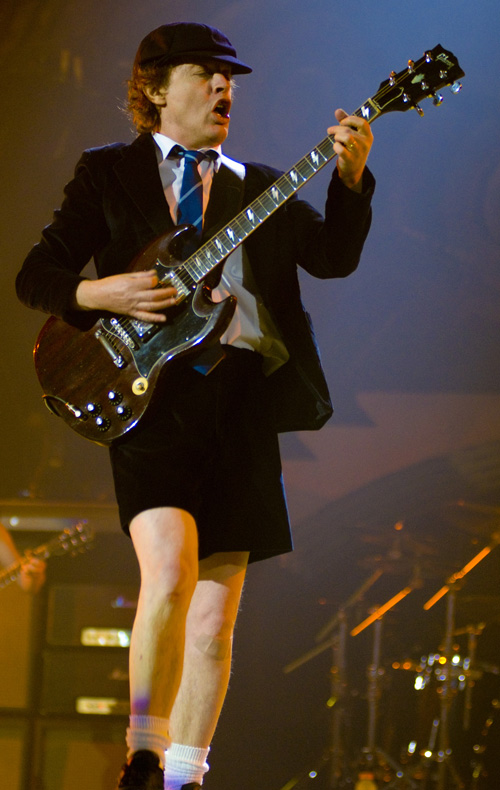 Angus Young credits a bathroom break for a lyrics breakthrough for one of AC/DC's biggest songs. During an interview session for Essentials Radio on Apple Music 1, Angus said he and Malcolm Young were in a Miami studio's rehearsal room in 1979. All Angus had in mind was to start the song with the stripped down drums/guitar riff da-da-da - da-da-da, but he wanted to make sure the rest kicked in at the right time. Malcolm popped behind the kit and the two nailed down the timing. Then Angus headed to the toilet and while tending to business on the throne, came up with the lyrics for Highway to Hell. 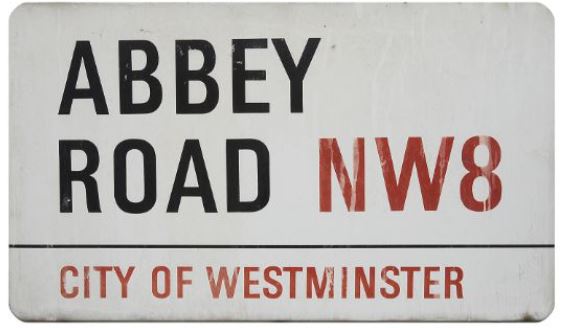 One of the most prized street signs to hit an auction block has already attracted bids that greatly exceed its expected selling value. The Abbey Road enamel coated iron sign designed in 1967 had been expected to sell for between 1,000 - 2,000 Pounds (approximately $1,400 - $2,800) when the gavel falls on March 3, but as of this afternoon, bidding had already reached 9,000 pounds, or nearly $12,700. 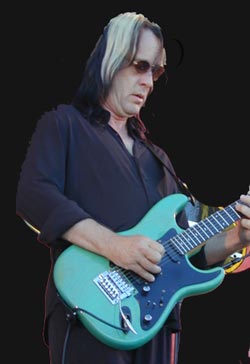 While most of his musical contemporaries are holed up waiting for in-person concert restrictions to get eased or lifted, Todd Rundgren is virtually projecting himself and his band to 25 cities during his Clearly Human Tour.  The 2021 Rock Hall Of Fame nominee is opting to do it because he's always felt that relating to and connecting with the audience in each city he plays is important to him and his fans. To do that more effectively than most virtual concerts, he and the band are making set lists, between song references and visual elements of the live sets they are streaming from Chicago specific to each city on the "tour".

Another thing that sets him apart is his determination to continue evolving musically.  He's more interested in retaining and gaining fans open to hearing him do new and different things than those that only want to hear his hits like Hello, It's Me (which he won't do). 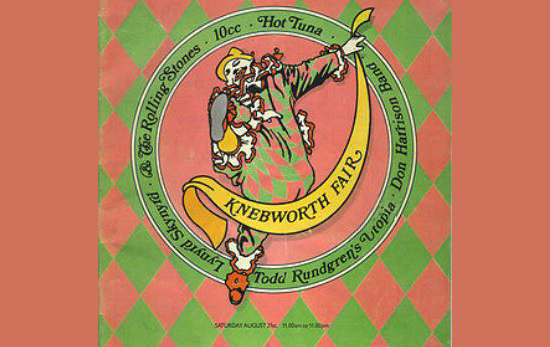 American artists and bands doing European tours relatively early in their careers ventured across the pond knowing they had something to prove - especially to British audiences. 1976 wasn't Lynyrd Skynyrd's first UK visit, but the August 21 concert the group did at Knebworth put them in front of one of the biggest audiences they'd played and on a bill that included the Rolling Stones. The epic set Skynyrd did that date was incredible. A CD/DVD/LP release of it is slated for April 19. 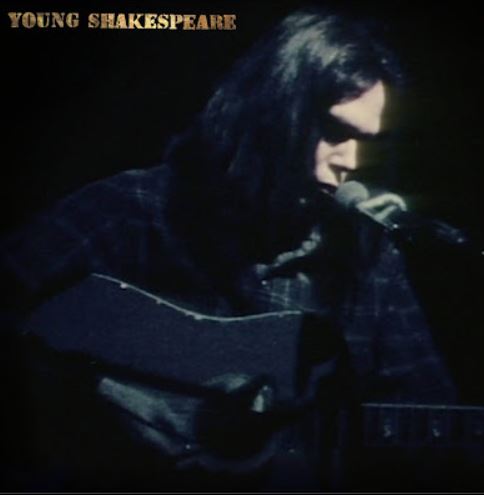 Neil Young continues to mine his archived concerts for ones worthy of release. His next will be one he thinks is the earliest solo live set ever filmed, a 1971 recording of a set he did a the Shakespeare Theater in Stratford, Connecticut that took place just a couple of months after the release of After the Gold Rush. Young calls it "one of the most pure sounding acoustic performances" he's got in his substantial archive of material. It will be available March 26 on vinyl. CD and DVD. 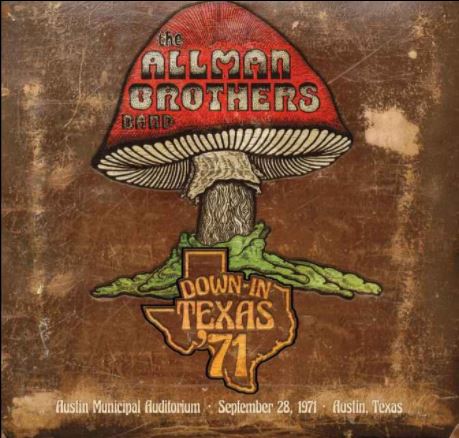 Allman Brothers Band fans can look forward to the release of live tracks recorded during a concert at the Austin Municipal Auditorium in September of 1971. In addition to the nine songs on Down In Texas '71, the release includes a radio interview Duane Allman and Berry Oakley did earlier that year. The concert features the band in peak form during a concert that took place just a couple of months after the release of the double live Fillmore East album and a month before Duane's fatal motorcycle accident in Macon, Georgia. The release is scheduled for March 26, the 52nd anniversary of the legendary group's formation. 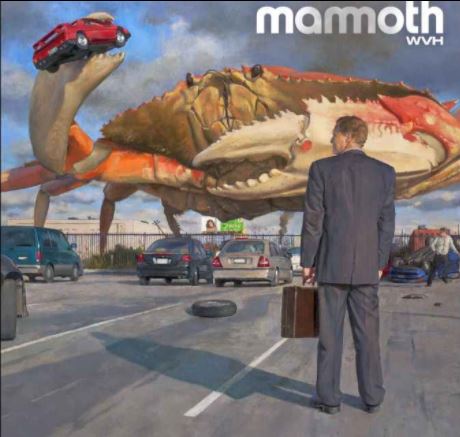 June 11 is the drop date of the debut album by Eddie Van Halen's son, Wolfgang. Mammoth WVH is a solo album in the truest sense. Wolfgang wrote all 14 of the songs, sang all of the vocals and played all of the instruments on the album. He has put together a band for touring purposes, once that becomes a thing again. Catch the group tonight on Jimmy Kimmel Live. 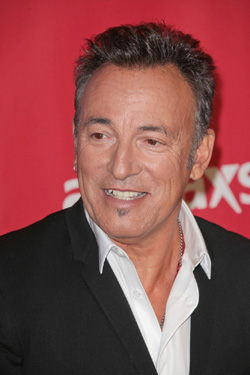 Bruce Springsteen was arrested last November after a sobriety check at a closed National Recreation Area in New Jersey. TMZ broke the story in an account that said Springsteen was cooperative during the incident that took place at an entrance to the Gateway National Recreation Area near Sandy Hook. The arrest was made even though his blood alcohol level was 0.02 and the state's legal limit is 0.08, so the fact he was at a closed property that prohibits alcohol was a probable factor in the decision to charge him. The story likely surfaced because the virtual court case taking place soon showed up on a public docket.

A New York Post account of the story provides some even more surprising info on the circumstances. According to an unidentified "source close to Springsteen", fans that recognized Bruce riding his motorcycle flagged him down and asked if they could get a photo with him. Bruce obliged, pulling into the Recreation Area's entrance for the photo op. One of them offered Bruce a shot of Tequila, which Springsteen accepted and downed while sitting on his parked, engine not not running bike. Park Police saw him drink the shot and pulled him over as soon as he started to exit the entrance area. 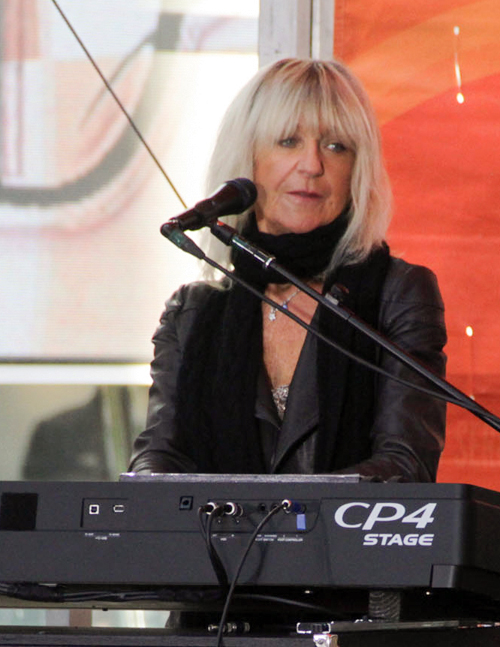 If Fleetwood Mac does a post pandemic tour, Christine McVie doesn't think Stevie Nicks or her former husband John McVie will opt-in and says she would only be up for doing one if the length and number of dates got kept at a less taxing level that ones they'd been doing since she rejoined the band. The revelations came during an interview she did with BBC 2.

To our eyes and ears, this year's Super Bowl was seriously lacking - both the game itself and the half time show. We hope next year's is more competitive and they jettison the pop crap during half time and get back to acts that Rock. The Super Bowl special edition of the Late Show did just that. Here's what you missed if the game put you to sleep. 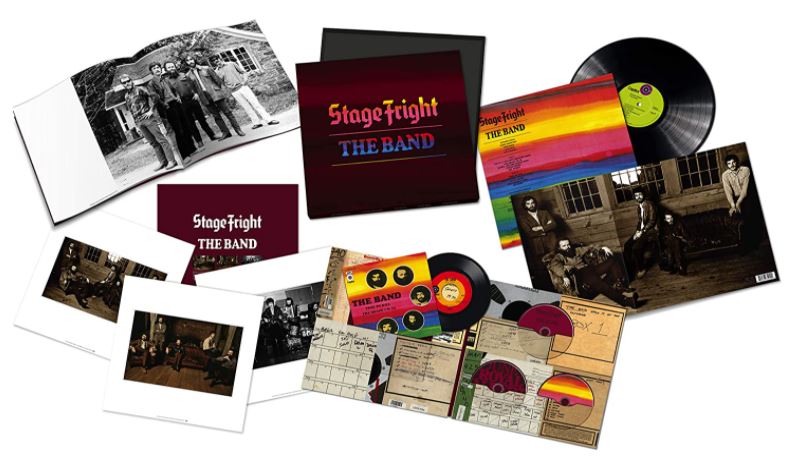 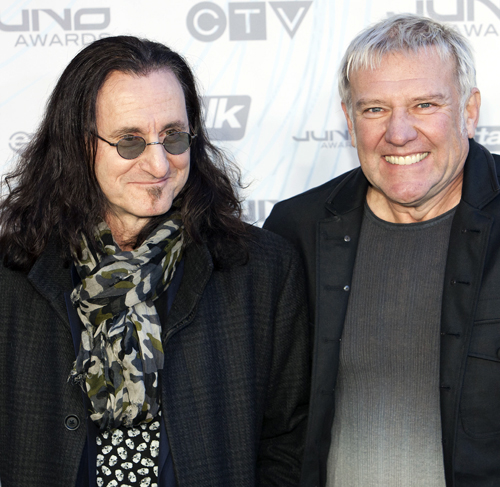 The Who carried on without Keith Moon, but the death of John Bonham was the end of Led Zeppelin. While we expect the latter to be the case with Rush after losing drummer and principle songwriter Neil Peart, the other two members are expressing an interest in continuing to work together. Speaking with Make Weird Music, Alex Lifeson said that he and Geddy Lee are looking forward to future musical collaborations. Both have been writing music and Alex is confident that it will lead to the two of them getting together to work on material after the pandemic subsides. As he put it in his interview, "...we're both eager to get back together and kind of get back into that thing that we've done since we were 14 years old that we love to do. And we work really, really well together, so we'll see what happens with that." 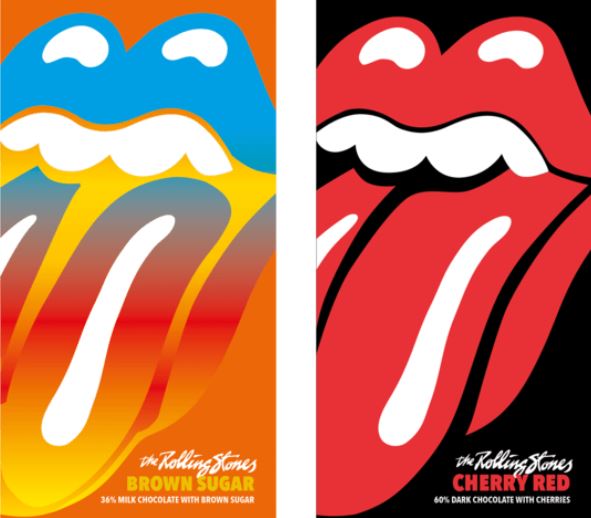 Idled by the pandemic like almost all bands, the Rolling Stones have moved into a couple of niche ventures to bring in some revenue. They opened a clothing boutique some months ago in the trendy Carnaby Street neighborhood. Their latest band extension will come in the form of a couple of confections based on songs. Chocolate bars named Brown Sugar and Cherry Red, referencing the lyric from You Can't Always Get What You Want will join the wide array of Stone merch already available on the band's website.

A pair of Toto veterans have solo releases dropping on February 26. Joseph Williams, who took over lead vocals in 1986-'88 and 2010 forward will release Denizen Tenant and guitarist Steve Lukather is putting out an album titled I Found The Sun Again.

Here's a look and listen to Lukather's title track in a video he describes as "Pink Floyd meets Christopher Cross and Joni Mitchell on acid". 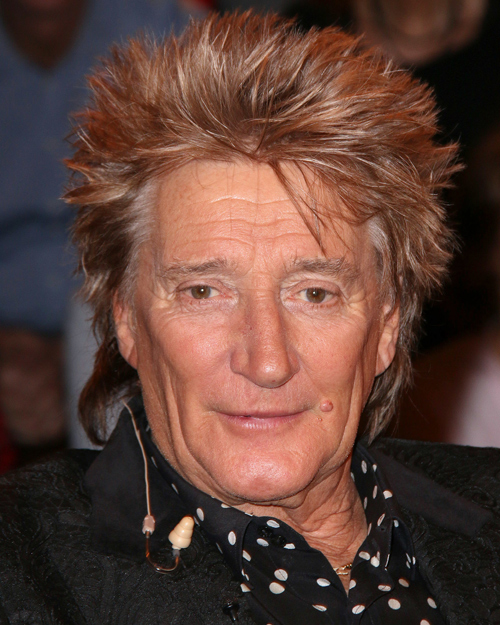 A 2020 New Year's Day altercation Rod Stewart and his son had with a security guard at the Breakers Hotel in Palm Beach, Florida has apparently been resolved. The incident reportedly took place when the Stewarts tried to get a young family member into a private children's party at the resort without invites. The South Florida SunSentinel says a plea deal was reached in the case with the assistant DA.