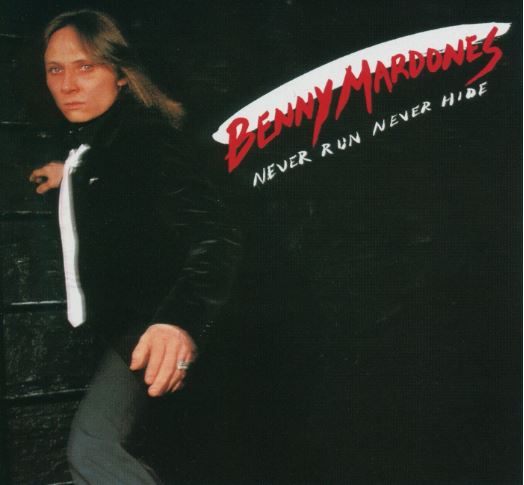 He always went out of his way to let fans know how much he appreciated their interest in him and hs music.  We will miss him.  RIP Benny.  From his obit...

BENNY MARDONES DIES AT 73
After Battle with Parkinson’s Disease

I am deeply saddened to announce that Benny Mardones, artist and writer of 3x Billboard Charted Record “INTO THE NIGHT”, has died at 73, says long time friend and record producer, Joel Diamond.

Benny died peacefully at his home in Menifee, CA on June 29, 2020 with his loving wife at his side. He died from complications of Parkinson’s disease.  Benny was born Ruben Armand Mardones in Cleveland, Ohio on November 9,1946.

"I have lost my husband and the love of my life. Not a day went by without Benny telling me how much he loved me. When he knew the end was coming and near coma, he would ask me to come close and struggle to sing “I’ve Got You” (click: https://youtu.be/zfJuJcfTLx4). For the last 12 years he would often surprise me with the most beautiful bouquet of flowers and a note attached saying in Danish “Jeg Elsker Dig” (I Love You)," said Jane.

Benny was raised in Savage, Maryland and later moved to Syracuse, NY, where he became their “Hometown Hero”. He then moved to Woodstock, NY, and most recently for the past 20 years has resided in Southern California. Benny joined the Navy right after high school and fought in the Vietnam War.Benny Mardones is a name you might not be familiar with, but as soon as you hear the first “signature” chords (click: https://youtu.be/m20bgdHdNk8) of "Into The Night", you will instantly know the song and the artist. He exploded onto the music scene in 1980 and was quickly nicknamed "The Voice," a title earned because of his incredible range as well as his soulful and passionate performances. "Into The Night" has been played over 8 Million times and to this day is still one of the most frequently played rock tunes in America.

As part of his legacy, Benny’s final wish and his ultimate gift was to donate his body after-death to Parkinson’s for advanced medical research and education.

A Memorial Service will be announced in the near future.

"Life has a beginning and an end for all of us, but one thing that will always be said of Benny Mardones is that he definitely squeezed the tube-of-life completely dry", said  Joel Diamond. 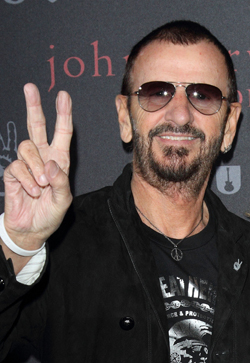 The event streams on Ringo's YouTube Channel and is free to view, with a donation optional.

As big a drag as this global health crisis has proven to be, having to cut back a lot of collective engagement activities has created a lot more time to devote to exploring online rabbit holes like YouTube. It's amazing how many unexpected things turn up. This morning, we followed a lead from Best Classic Bands via Music Fest News that led to this 1964 recording of Jefferson Airplane and Hot Tuna guitar great Jorma Kaukonen and Janis Joplin working through some tunes together.

Tom Petty's home recorded demo for You Don't Know How It Feels. 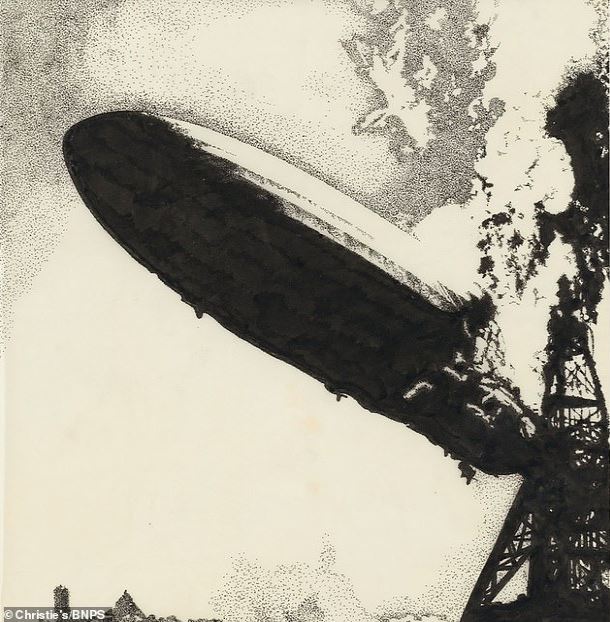 The latest indication that wealthy people not spending money on lavish vacations, expensive restaurants and the other perks of having lots of discretionary income are eager to buy rare collectibles is word that the original artwork for Led Zeppelin's debut album has sold at auction for close to $325,000. Created by art student George Hardie for the equivalent of about $1,200, the stipple tracing of a photo of the Hindenburg airship disaster of 1937 had been expected to top out at about $30,000 at the Christie's auction. The now 76 year-old artist who became an academic lecturer on illustration says the original was found in a folder at the bottom of a chest in his studio. The label applied to the outside of the folder by a partner of the artist when it was tucked away read, "G's pension fund". 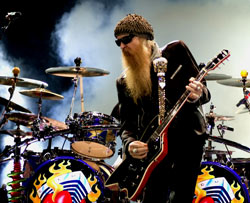 Billy Gibbons added a tantalizing tidbit to his previous assurances that ZZ Top is working on new material with the intention of putting out a new album after this prolonged period of not being able to tour or record together. Speaking with Live Signing, the Top guitarist said, "We're getting ready to go back in the studio" and added that there's a good chance Jeff Beck will join him, Dusty Hill and Frank Beard when they do. The two guitar greats got together in London about a year ago and have stayed in touch since. Billy credits Beck as "... a guy that not only is still doing it like we'd like to do it - he is inventing things on the guitar that probably wasn't really designed to be done and yet he's doing it."

Roger waters passed along this in isolation version of the final song on the 1983 Pink Floyd album The Final Cut. 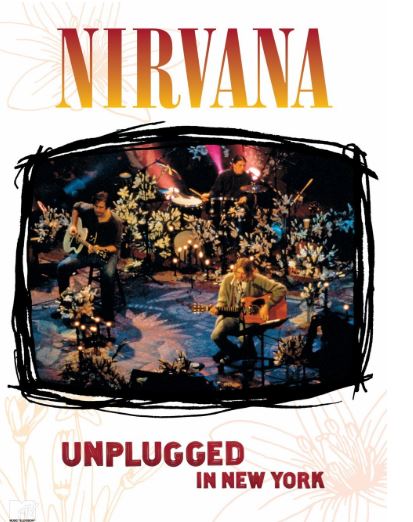 The 1959 Martin D-18 guitar Kurt Cobain played during Nirvana's 1993 MTV Unplugged set shattered the previous record amount paid for an iconic guitar when it brought a top bid of $6 million Saturday (6/19). Just 7 bidders were vying for the guitar during the final round of bids according to Julien's Auctions. The previous high bid for an individual guitar was set when David Gilmour's Black Stratocaster sold for $3.95 million. 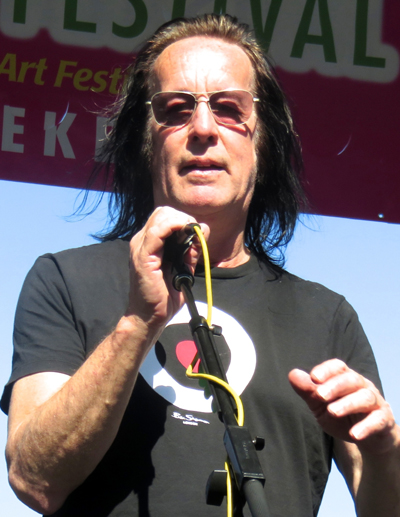 Todd Rundgren is riding out the physical distancing at his home in Kauai, Hawaii, where he has passed the time developing a streaming TV series he will premiere on his 72nd birthday this coming Monday (6/22). Future episodes of The Todd's Honest Truth will stream at onlocalnation.com every other week starting on July 3.

Rundgren told the Oakland Press he researched streamed offerings of other musicians during the pandemic and found most to be 'slack and low energy'. He plans a more impressive presentation. He'll have to if he expects fans to pony-up the $15 per episode cost to view each one. 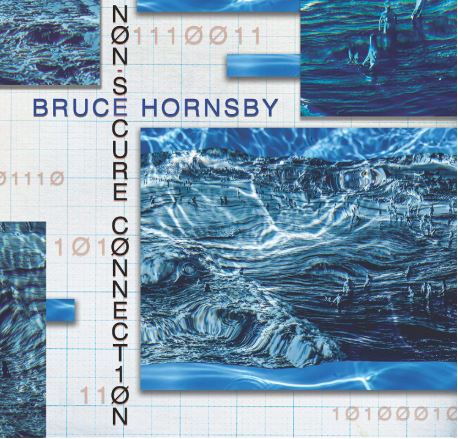 Bruce Hornsby has a new release due on August 14th that will include a demo he and the late, great Leon Russell recorded together 25 years ago. Non-Secure Connection draws on a range of styles and subjects that the former leader of The Range, the Noisemakers and informal member of the Grateful Dead observes is consistent with hem feeling his music "...has never been a part of any trend that defied any era of music during my 34 years of doing this." 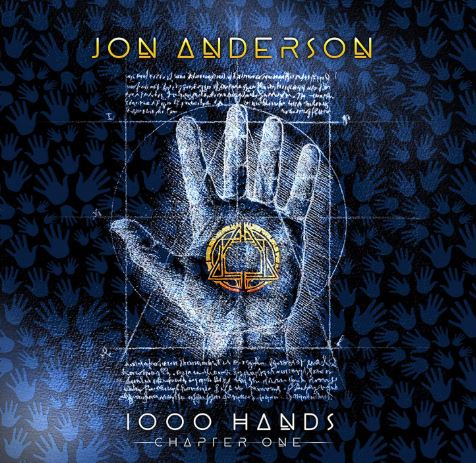 Classic Yes front man Jon Anderson returns with a solo album on July 31 that had been made available for a limited time on his website and at concerts. Making it all the more interesting to longtime Yes fans, 1000 Hands features Anderson working with group veterans Chris Squire, Rick Wakeman, Alan White, Steve Howe and Trevor Rabin.

Sammy and the Circle reconvene virtually for a run through of this VH classic.

The Doobie Brothers will have an additional wait for their long overdue induction into the Rock Hall OF Fame which has been pushed into November due to the pandemic, but the guys are sounding good from their respective spaces on this isolation collaboration.

Kansas has shared this first look and listen to their next album The Absence of Presence, due out June 26. This is Jets Overhead... 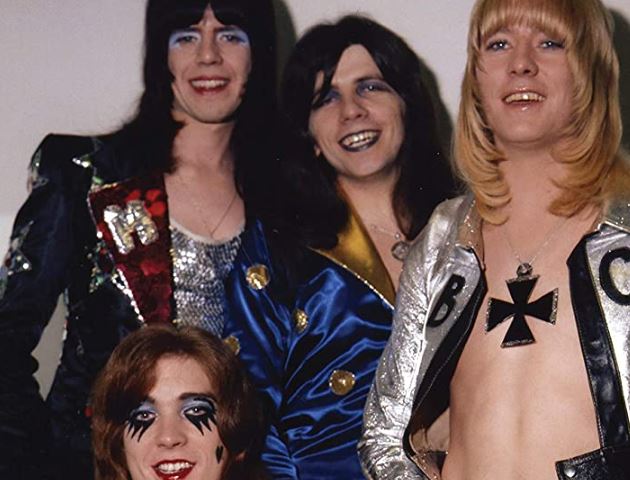 Sweet bassist Steve Priest passed away Thursday (6/4) at 72. The co-founding member of the group best known for Ballroom Blitz, Fox on the Run and Love is Like Oxygen had a stage presence once described as looking "like a navvy who'd stolen all your makeup" and helped drive the group that merged punk,glam and heavy metal. No cause of death was announced. 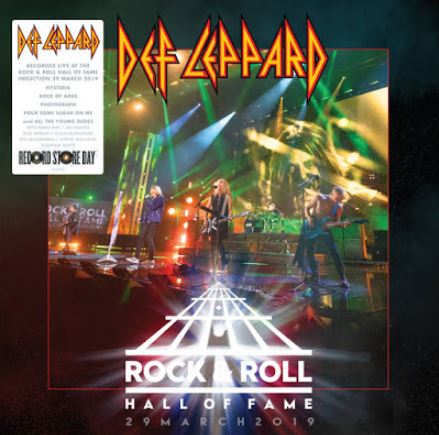 Def Leppard has packaged their 2019 Rock Hall Of Fame induction performance into a release that will drop on the first of three Record Store Days slated for later this summer and fall. Only 4,000 copies of the limited edition 5 song set the group did during the March 29 induction staged in New York City are being made available on August 29th's RSD.

Baseball''s status as "the national past time" may have passed, but it unquestionably has inspired more songs and in-song lyrics than any other organized sport. A favorite of many is the title song to John Fogerty's 1985 album Centerfield. The song earned the Creedence Clearwater Revival veteran an invitation to perform it at the Baseball Hall Of Fame's annual induction ceremony in 2010. John even donated his Louisville Slugger custom guitar to the Hall when he was in Cooperstown. Fogerty fulfilled another dream of his on his 75th birthday when he got to play at Dodger Stadium, albeit an empty stadium due to the MLB season being on hold due to Covid-19. John said, "It took 75 years and it's a little different than I envisioned", but added,"I get to fulfill my dream playing 'Centerfield' in centerfield with my kids on the team. A home run!"