Steven Tyler accepted side gig invitation during Aerosmith's Las Vegas residency, joining Paul McCartney during the former Beatle's Vegas concert for this version of one from the White Album. 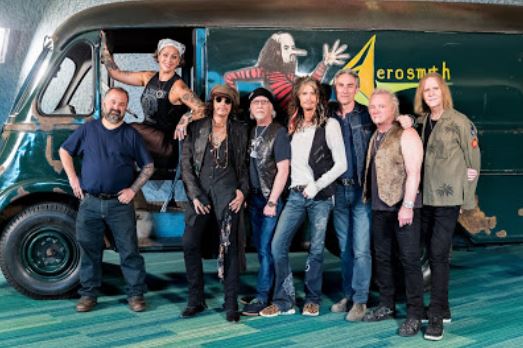 The 1964 International Harvester Metro Aerosmith used as its touring van in the early 70's was discovered abandoned in a wooded area near Chesterfield, MA last summer by Frank Fritz and Mike Wolfe of the American Pickers TV show.  The restoration of the van has been completed and the vehicle and band will be reunited in the Monday, July 8th episode of the show (8pm Eastern, History Channel).  The reunion show in Las Vegas, where the group is doing a residency at the Park MGM's Park Theater, will be preceded by three espisodes that chronicle the van's discovery and restoration that will air from 5-8pm. 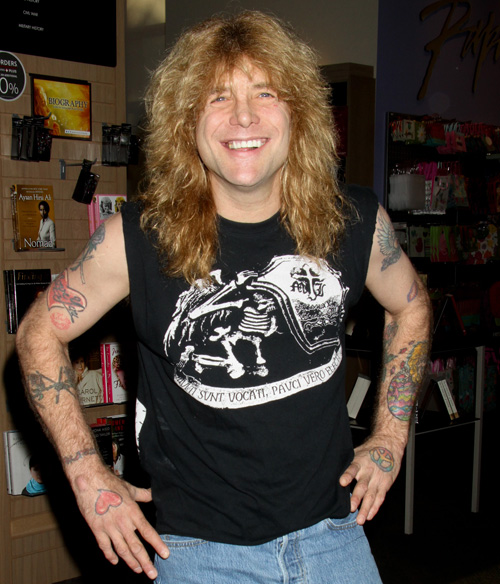 TMZ reports that paramedics were summoned to the LA home of Guns N'Roses veteran Steven Adler earlyThursday (6/27) night to treat a stabbing victim. Early indications were that it was Adler that suffered the wound and it was evidently self-inflicted. He was transported to a hospital for what is believed to be a wound he will fully recover from.  Several hours after the story broke, a representative for Adler says the incident was a kitchen accident and described the wound as superficial.? 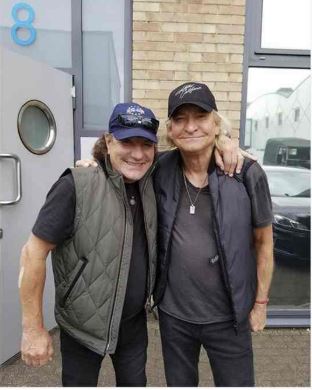 A photo of Brian Johnson and Joe Walsh in London that Joe shared on social media and captioned that the two had a "Great day making music" immediately got many other music sites jumping to the conclusion that the Eagles guitarist and former AC/DC front man were working together on an album. Not the case at all, according to Walsh's follow-up tweet Tuesday (6/28) which read, To set the record straight - THERE IS NO RECORD IN THE WORKS BETWEEN BRIAN AND I".He added, 'We were simply having a bit of fun together.  We are musicians afterall!" 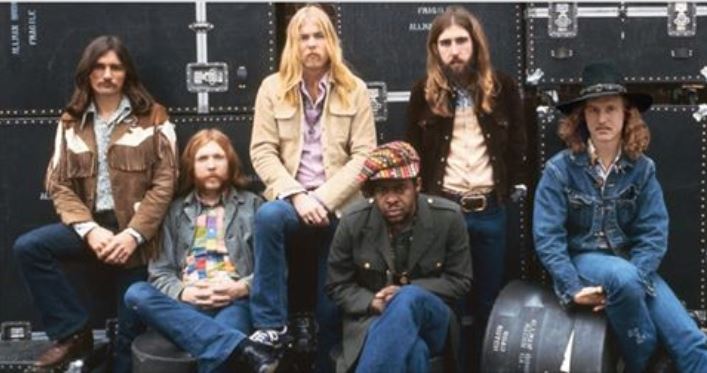 The Allman Brothers Band's double live 1971 Fillmore East album is one of the great concert albums of all time. This September, the group's live legacy will get the addition of a 4 CD set of recordings made during the first month of that year at Bill Graham's left coast Fillmore in San Francisco. The Allman Brothers Band Fillmore West set drops 9/6.

David Gilmour's decision to part with most of his guitars proved to be a windfall for a group working to solve climate change issues.

The 1969 Black Fender Strat David Gilmour played on many of Pink Floyd's most revered songs was auctioned to the tune of $3.95 million during the Thursday (6/20) auction. The case for that guitar alone sold for more than $100,000 to the buyer of the Fender, the owner of the Indianapolis Colts, a major collector who owns a considerable amount of Beatles equipment.  The Martin D35 acoustic guitar David played  on the recordings of Wish You Were Here ann Shine on You Crazy Diamond fetched almost $1.1 million and the Martin D12 he came up with the opening for Wish You Were Here was bought for $531,000.  Gilmour's White Fender Strat used on Another Brick in the Wall brought  a top bid of $1.8 million.  All told, more than $21 million was raised in the Christie's event.

Creedence Clearwater Revival fans that don't want to fork out the $$$ for the complete box set including every song by all the acts at the 1969 Woodstock festival can buy just Creedence's set starting August 2. 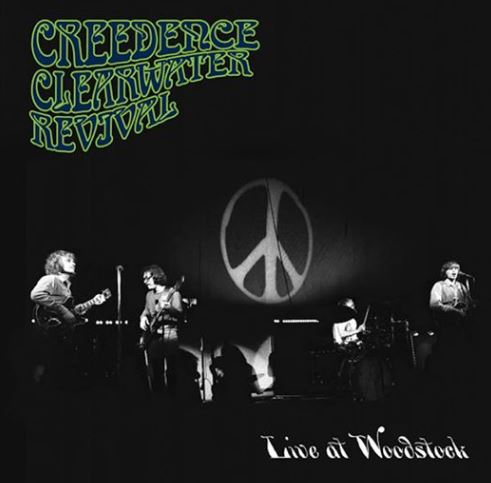 No Sheryl Crow songs are on our Spotify playlists, but that could change if some of the collaborations with musicians that inspire her on her next album are good. Threads, out August 30, features Crow doing songs with Joe Walsh, Bonnie Raitt and Mavis Staples, Gary Clark Jr., Eric Clapton, Keith Richards, Jason Isbell, Chris Stapleton, Kris Kristofferson, James Taylor and Emmylou Harris. 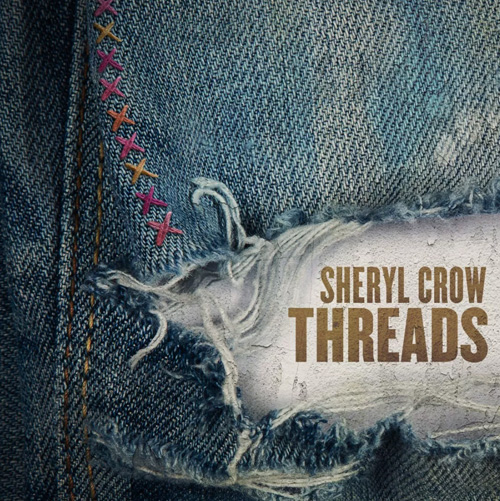 It's been a dozen years since Phil Collins and Mike Rutherford performed in concert together. The Genesis veterans shared the bill Friday (6/8) when Rutherford's Mike & The Mechanics opened for Collins at Berlin's Olympia Stadium in Berlin and Rutherford emerged to join Collins of Follow You Follow Me. The two hadn't shared a stage since the 2007 Turn it on Again tour by Genesis. 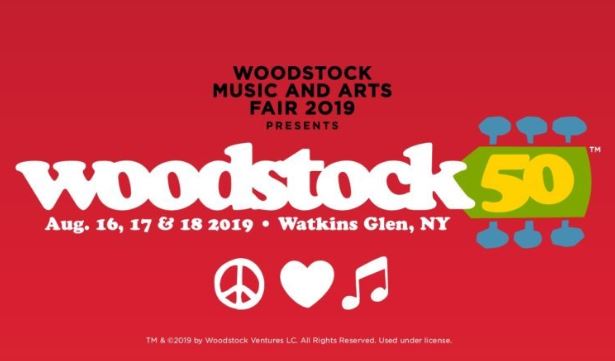 Each passing day without a firm on-sale ticketing date has made it seem more unlikely that the Woodstock 50 event Michael Lang had planned for Watkins Glen this summer would actually take place. The proposed anniversary festival lost its financial backer a few weeks ago. It gained a new one since, but permits remained pending. Today, Watkins Glen International announced that the site license permit it had issued to Lang for the August 16-18 event has been withdrawn in accordance with provisions in the contract and the site will not host the festival.
No reply was offered by Lang since this was announced, but it seems odds that his event will take place this summer are now much less favorable. 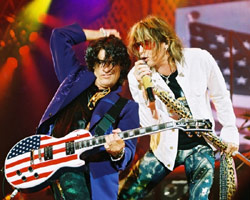 Aerosmith's Dueces Are Wild residency in Las Vegas has been a big draw. The group is also giving fans the chance to get a good sense of what it's like to be on stage with them and to get an up-close look at a number of pieces of equipment and memorabilia in a temporary exhibit that's been set up in the Park MGM hosting the concerts. Items on display include vintage band amps, more than 20 guitars, among them the Brad Whitford guitar made using wood from the barn the band did early performances in, stage clothing from all of the band members, and more. 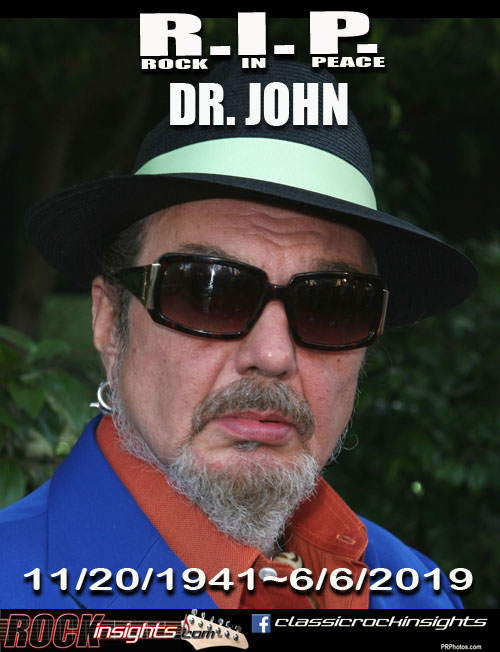 He was known as The Night Tripper, but is best known as Dr. John. Born Malcolm John Rebennack in 1941, he was steeped in the music of New Orleans and all of the contributing influences that made the NOLA sound a gumbo of many genres. He would become both an inspiration an a mentor to many and drew equal joy from working with little known talented players to internationally celebrated musicians. He was in the right place at the right time and with the right frame of mind to become one of the great American musicians of his age.

Inducted by the Rock Hall Of Fame in 2011, he said, " What goes around slides around, and what slides around slips around. As long as it’s slippin’ and slidin’ around, we ain’t got to trip through the shortcuts of life. We can take the long way around. It’s the shortcuts that kill you.
The best thing you can be ‘like’ in music is yourself.” It always was for him.

The good Dr. passed away today after suffering a heart attack at the age of 77. 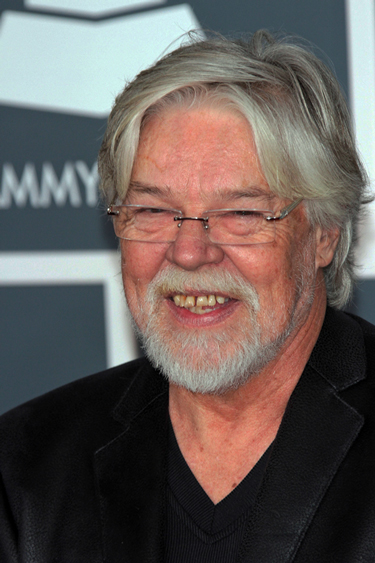 One of Bob Seger's favorite venues honored the Detroit Rocker by changing it's address to 33 Bob Seger Drive. The number represents the total of sold-out shows Bob has done at the DTE Energy Music Theatre over the years. Tonight's concert caps the milestone as he wraps-up a six night stand at the venue on his farewell tour. In a ceremony yesterday Seger said, "I have a great deal of affection for this historic venue and now to be a part of it forever is truly overwhelming." 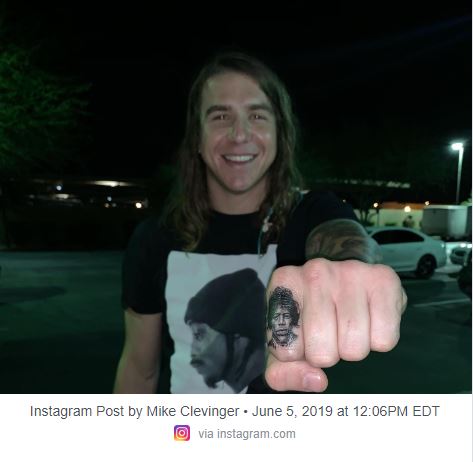 We don't recognize many of the 'walk up' songs MLB batters choose to have play on the PA as they head to the batter's box theses days and Cleveland pitcher Mike Clevinger isn't likely to get many at-bats because his league has Designated Hitters, but if he did, it'd probably be a Hendrix song. The dude has Jimi inked on his index finger! Maybe when the Indians are home Purple Haze blasts as he takes the mound.

The pre-game national anthem before the Golden State Warriors and Toronto Raptors game 3 of the NBA Championships at Oracle Arena in Oakland. 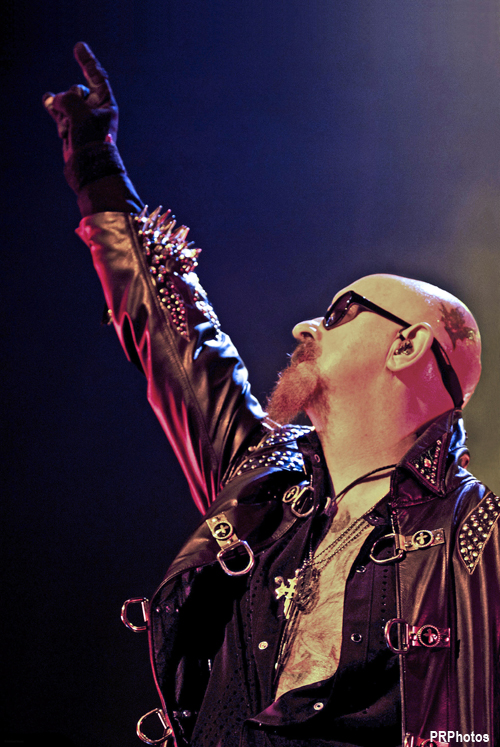 Rob Halford contracted a bad enough case of bronchitis that the doctor he saw advised the band to cancel Wednesday's (6/5) Judas Priest concert in Colorado Springs. They have, but vow to do a make-good at a future date. Our get well wishes go out to Rob.

David Gilmour is parting with a large portion of his guitar collection, including ones that are featured on many of Pink Floyd's most iconic songs, to benefit a number of charities. He is sharing insights into some of the most remarkable ones in a series of podcasts. Here's a listen to episode 1.