Peter Frampton considers the vocal renditions Ray Charles and a few others have done of this so good that he wouldn't be able to do it justice, so he did it as an instrumental on his new album All Blues (6/7/2019 release) 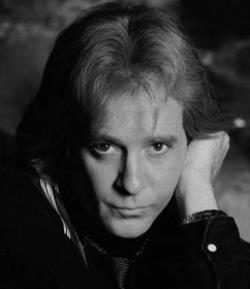 Rapid recovery wishes to Eddie Money. The Money Man experienced shortness of breath during a concert last weekend. A checkup revealed the need for a heart valve procedure that is being done this week. A full recovery is expected after the minimally invasive process he is undergoing.

The Seminole Tribe acquired the Hard Rock Cafe brand a number of years ago. They are now building on that by constructing a hotel and entertainment complex in Ft. Lauderdale that is a real attention getter. 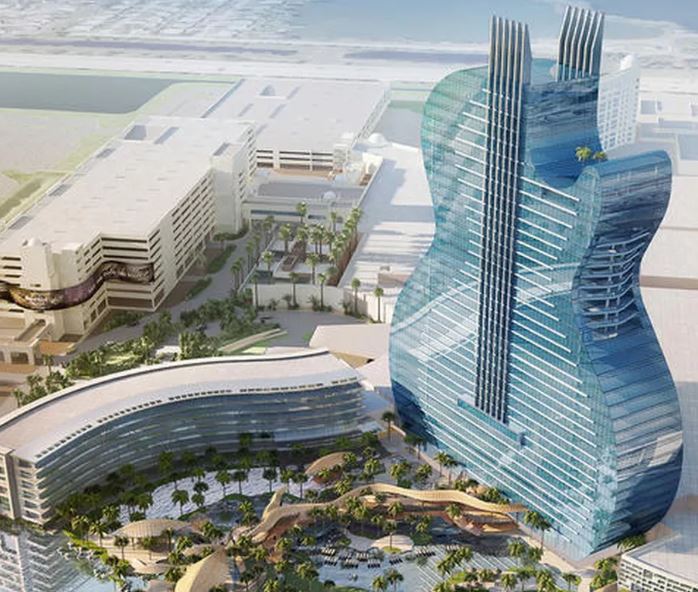 The complex includes an enormous hotel designed as a guitar standing upright.  Reaction to the reportedly $1.5 billion project has included both praise and outrage.

Robert Plant is venturing into the realm of on-demand content with a new podcast dubbed Digging Deep.  Plant's reluctance to rest on hi laurels has kept him busy making new music and reinterpreting some of Zeppelin's catalog with his own bands.  He's also taken an active role in encouraging fans of Zeppelin to open their ears to other acts.  It will be interesting to see what the music and topical scope of his new pcast presents.  It debuts June 3 and should be available on multiple podcast platforms.

'Digging Deep, The Robert Plant Podcast' will launch on 3rd June, available on iTunes, Spotify, Acast, YouTube or wherever you get your podcasts: https://t.co/idtVysQXCG pic.twitter.com/ziyaqeVeYS 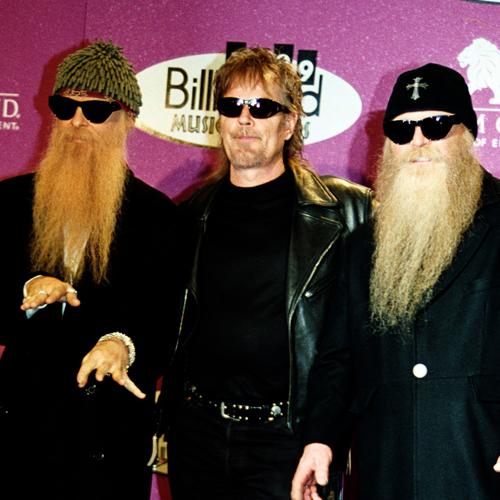 Billy Gibbons, Dusty Hill and Frank Beard are executive producers of a ZZ Top based musical being produced for a Las Vegas run by Caesars Entertainment that takes its name from a song on the Texas trio's 1983 blockbuster Eliminator release. Sharp Dressed Man revolves around an auto mechanic that becomes what the production's media release calls a "modern-day Robin Hood" that swipes car parts.  The show is expected to debut in 2020.

A taste of a new track from Sheryl Crow that also features Bonnie Raitt and Mavis Staples.

Graham Nash is following David Gilmour's lead by auctioning a large number of his guitars. A Heritage Auctions memorabilia auction on July 20th will feature 19 guitars, among them ones once owned or played by his band mate Stephen Stills, Bo Diddley, Johnny Cash. 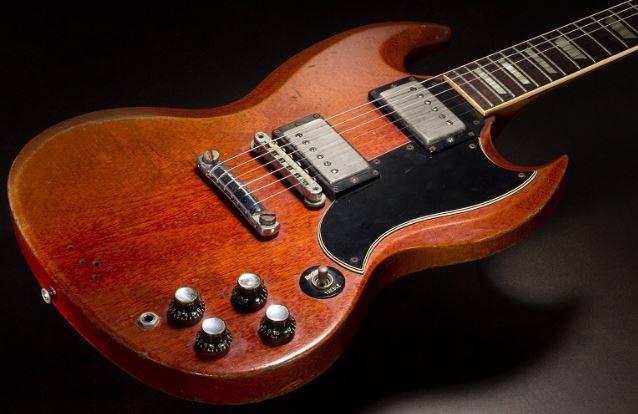 Highlights of the axes going up for bids are the 1961 Cherry Red Gibson SG Duane Allman played during hundreds of Allman Brothers Band concerts and the Martin D-45 guitar Stills played during the Crosby, Stills, Nash & Young set at Woodstock.
(Photo of Duane's SG: Heritage Auctions)

Alice Cooper and the Hollywood Vampires get into Boogieman

David is Byrne Broadway bound. The Hudson Theatre will host a production the Talking Heads front man has had on the road for a year called David Byrne's American Utopia. The show is slated to run from October 4 - of this fall through January 20, 2020. 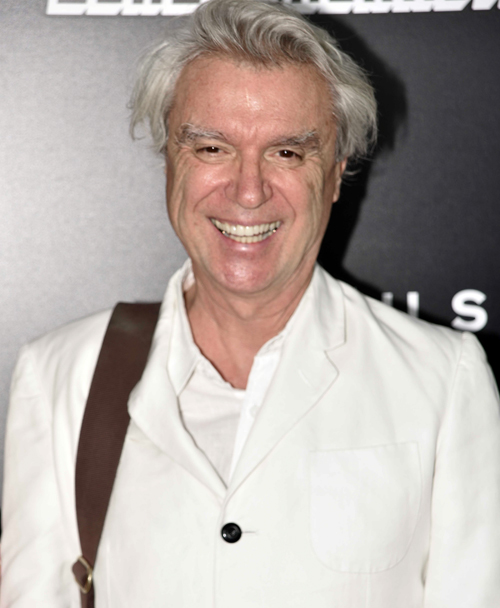 Prior to the New York City dates, Byrne will be doing the show at the Emerson Colonial Theatre in Boston September 11-28.

Michael Lang has found an outfit willing to front the money he needs to stage his 50th anniversary Woodstock festival. Oppenheim & Company is apparently providing enough to cover the up front expenses. The firm announced, "We believe in Woodstock as an important American cultural icon and look forward to its regeneration in the green fields of Watkins Glen this August with all of the artists on the remarkable lineup.”

The announcement comes just a couple of days after a New York judge ruled that the festival's previous backers could not cancel the event, but also said the firm was not obligated to return $18 million of its funding to Lang's organization.  The ruling is just one hurdle Lang needs to clear.  Permits are still pending and he has yet to confirm pricing and an on-sale date for tickets to the Watkins Glen based event.  Earlier reports indicated that tickets to the three day event could be $450 and that no individual day ticketing option would be offered.  Lang had reportedly planned to seek approval for up to 150,000 attendees, but the agencies involved in the review process are said to believe that a considerbly lower cap would be required for approval.

Allman Betts, the band formed by Gregg Allman and Dickey Betts sons Devon and Duane, has shared this song from their debut album with us.

A New York City judge has ruled that Michael Lang's 50th anniversary Woodstock cannot be canceled by the financiers that elected to pull out, but his decision also frees the firm from having to put $18 million back into the event Lang sought in his filing. Amplifi Live issued a statement indicating that the company plans no further financial backing for the event, citing "...the compressed time frame and multiple health and safety concerns".

Permits are still pending for the event, which now appears likely to be capped at a much lower capacity than the 150,00 that Lang reportedly planned to seek approval for.

The loss of financing, the revenue hit reducing potential attendance by more than 50% would result in and the amount of work that needs to be done at the Watkins Glen site leave Lang with plenty of obstacles to overcome in a relatively short period of time.

David Crosby has made some remarkable music, but he's also been incredibly arrogant and difficult to get along with. A candid new documentary by Cameron Crowe delves into all of that. 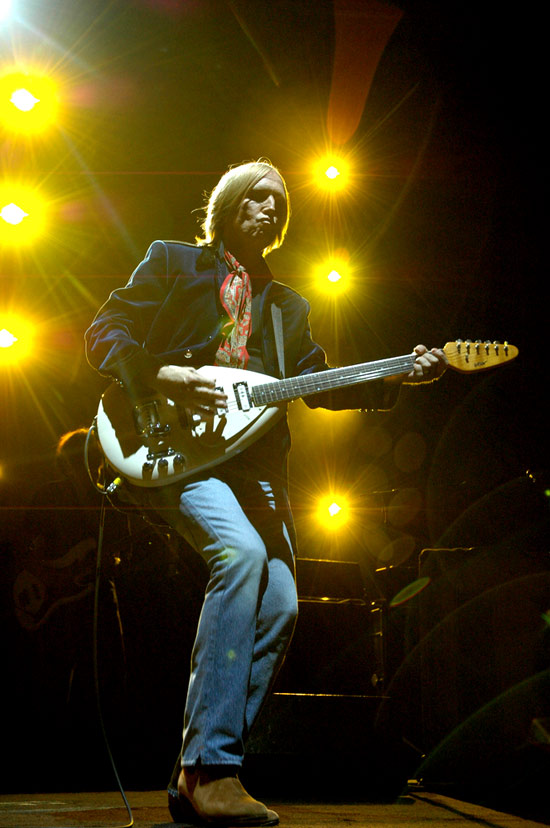 Tom Petty had such a laid back approach to things that it's a shame to learn his daughters and widow are participants in a legal fracas over control of his music and other enterprises. Petty Unlimited, an LLC created to manage Tom's business affairs that his daughters are aligned with, is apparently suing Tom's widow, Dana, for creating another LLC the daughters and Petty Unlimited contend is attempting to circumvent the late musician's wishes.

If Roger Taylor needs a night or two off the next time Queen tours, this kid could fill-in.

Doesn't look as though the recent heart procedure he underwent will be keeping Mick from bustin' out his moves when the Stones resume touring.

Neil Young will release an 11 song archives album recorded in February of 1973 live set he did at the University of Alabama. 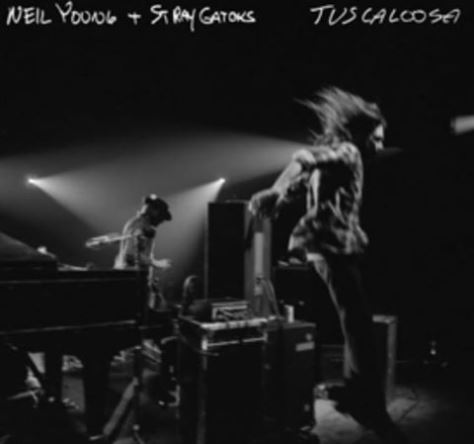 Billy Joel invited Peter Frampton to join him on stage during the Paiano Man's May 9th birthday concert at Madison Square Graden.

Liking this song from Tom Petty's Best of Everything... kinda like Neil Youn'gs his Note's for You, but from the heart and less snarkey. 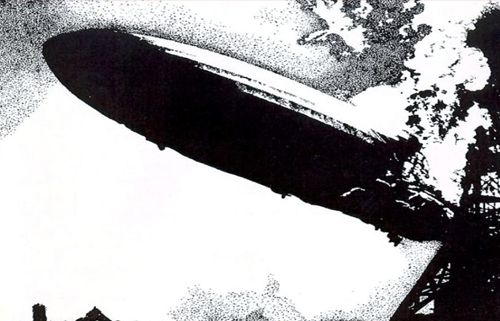 A new Rock doc covering Led Zeppelin's early years is entering the final stages of production and will be seeking distribution during the Cannnes Film Festival in southern France a couple of weeks from now. Jimmy Page said the work of director Bernard MacMahon did on American Epic convinced him that MacMahon was the right guy to tell his group's story. No title has been settled on yet.

Rhino records has compiled a box set all of the material previously released and more than 20 hours of previously unreleased songs from the original Woodstock festival.

It seems Bruce Springsteen can do no wrong in ears and the minds of die-hard fans, but it will interesting to see what his broader audience thinks about Western Stars, the album The Boss releases next month that delves into country flavored tunes. Hello Sunshine, the advance track from the lp, makes it seem unlikely that there will be much if any wailing guitar or a sax solo to be found on it.

The good news for fans this album holds little of interest for is that Bruce has apparently gone on an E Street Band style of song writing jag. 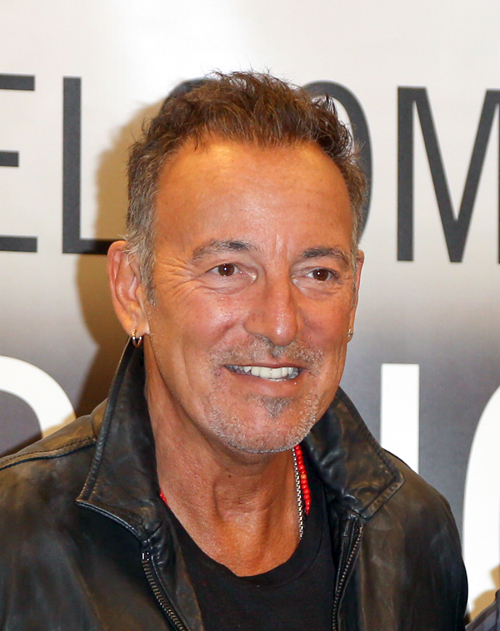 In a Netflix event discussion with film director Martin Scorcese, Bruce said, 'I wrote almost an album’s worth of material for the band. And it came out of just… I mean, I know where it came from, but at the same time, it just came out of almost nowhere, and it was good, you know. I had about two weeks of those little daily visitations, and it was so nice. It makes you so happy. You go, 'F#*%, I’m not f#*%ed, all right? There’ll be another tour!.

An appearance at a horror film enthusiasts gathering in Dallas over over the weekend turned into a bit of a nightmare for Meat Loaf.  The singer was roaming the stage while giving a talk and, on his way back toward the podium, appeared to catch a foot on something and then tumbled to the floor through the side stage curtains.  TMZ got the video.  Indications are that Meat Loaf suffered a broken collar bone in the fall.

June 28 slated as release date for Down to the River, the debut album from the Allman Betts Band. Recorded at the legendary Muscle Shoals studios in Alabama, the album features Gregg Allman and Dickey Betts offspring, Devon Allman and Duane Betts, and also includes Allman Brothers Band alum and now Rolling Stones regular Chuck Leavell on some tracks. 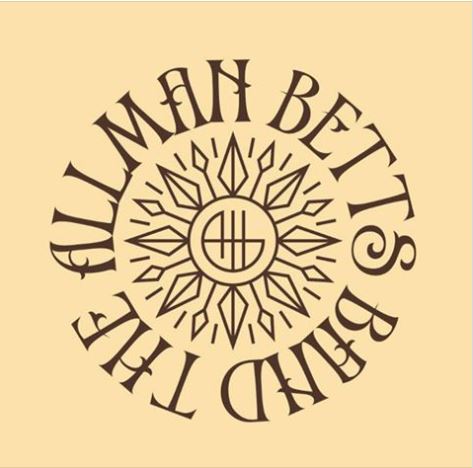 Steve Van Zandt welcomed Bruce Springsteen to the stage for the closing numbers of the Disciples Of Soul's set at the group's album release concert at the Saban Theater in Beverly Hills Saturday (5/4) for the group's  solo album, Sorcery Of Soul.

If you haven't caught this film yet, there's even more reason to catch-up to the expanded edtition that's coming out in June.

Here's a look at Blinded By The Light, a movie about a kid's obsession with Bruce Springsteen songs