Unless Michael Lang can pull a multi-millionaire out of a hat, his Woodstock 50th anniversary concert is off. The investors fronting the money for the event have pulled out. The 3 day event that had been scheduled to coincide with the original festival's August dates had been on shaky ground from the start due to criticism over many acts included in or excluded from the lineup, as well as the decision to stage it nearly 150 miles away from the original site. Live Nation, the concert promoting giant, had given early indications it would stage a multi-day event on the original grounds but scaled it back to a few concerts at the Bethel Woods amphitheater adjacent to the 1969 site that it has a booking relationship with. One event that's still taking place - and as far as we're concerned had a better lineup than Lang's to begin with is Mountain Jam, the multi-day concert Warren Haynes of the Allman Brothers Band and Gov't Mule curated at Hunter Mountain over the last decade +. It has relocated to the Bethel Woods site this June and Haynes is organizing Woodstock tribute sets on each of it's days. Mountainjam.com

Steve Miller and Peter Frampton will soon embark on a series of dates together. The two guitar legends shared this video preview

An 1870's upright piano John Lennon owned and used while writing songs that were on the Beatles Sgt. Pepper's album was bought for $718,000 by the owner of the Indianapolis Colts over the weekend. An avid instrument collector, John Irsay already owns a number of Beatles instruments, including an early Ringo Starr drum kit. 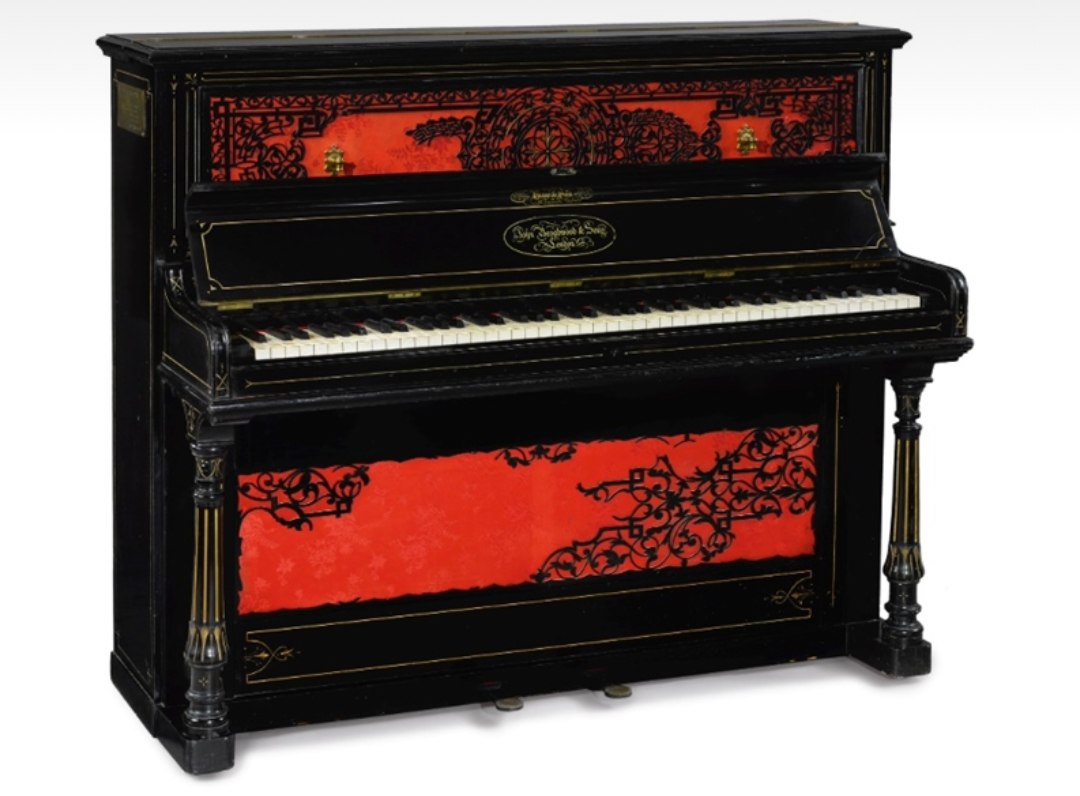 Photo: Gotta Have Rock and Roll

Already contending with complaints about its lineup and the fact the concert won't be at the original one's site, the Woodstock 50th anniversary festival organizers have now delayed the on-sale date, raising doubts in some quarters as to whether it will happen. Michael Lang insists it is still on.

Hollywood Vampires, the group that includes Alice Cooper, Johnny Depp and Joe Perry is back with another album on June 21. Here's a taste ...

Fans attending Eric Clapton's Satyray (4/13) concert at the Budokon got to see Clapton trade licks with Joh Mayer on this one. 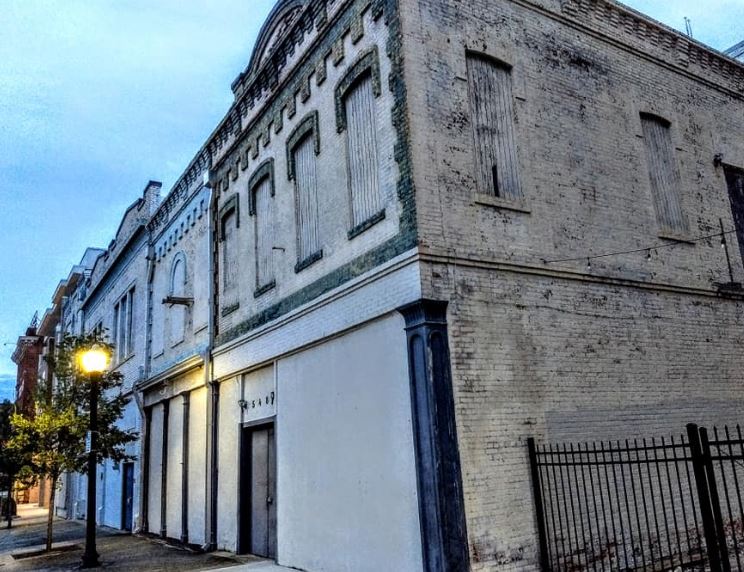 The fabled building in Macon, Georgia where many Southern Rock's most iconic songs and albums were recorded has been saved from the wrecking ball and will reopen as both a museum and working studio by the end of 2019.

The studios the late Phil Walden, his brother Alan and Frank Fenter teamed-up to operate became a second home in Macon for the Allman Brothers Band and attracted many of the other southern bands and artists of the 70's, including the Marshall Tucker Band, Wet Willie, Elvin Bishop, Grinderswitch, Cowboy, the Outlaws, Delbert McClinton, the Dixie Dregs, Stillwater and Sea Level.

$2 million in foundation funding with additional assistance assistance from Mercer University will transform the building listed as a Georgia Trust for Historic Preservation 'Places in Peril' structure into a museum of instruments, equipment and memorabilia related to the albums and musicians that made musical history in it and a music incubator offering more than a dozen rehearsal spaces available on a round the clock basis.

The re-opening of the Capricorn building is scheduled, for December 3 and will feature tours and live music.

Rush is up on blocks, but Geddy Lee was out and about Wednesday night (4/10) in Toronto to join the Claypool Lennon Delirium on bass at the Danforth Music Hall. 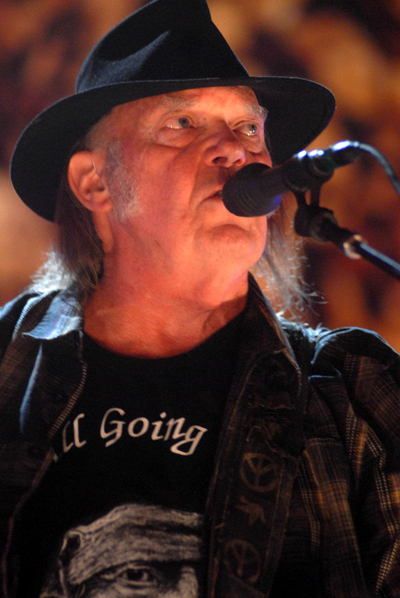 Neil Young's more frequently off than on backing band Crazy Horse is apparently back 'on' and planning the release of its first album in 7 years. Guitarist Nils Lofgren of Bruce Springsteen's E Street Band is also said to be back on board. No title or release date info is available yet.

The ordinarily hushed confines of a major art gallery isn't the place you'd expect to find a display of many of the loudest instruments in the history of music, but that's exactly what Classic Rock fans will be streaming into the The Metropolitan Museum of Art, New York to see in the coming weeks. Play It Loud!, an exhibt that includes 130+ instruments, many of the iconic, opened yesterday.

Play It Loud: Instruments of Rock & Roll runs through October 1 at the Met. 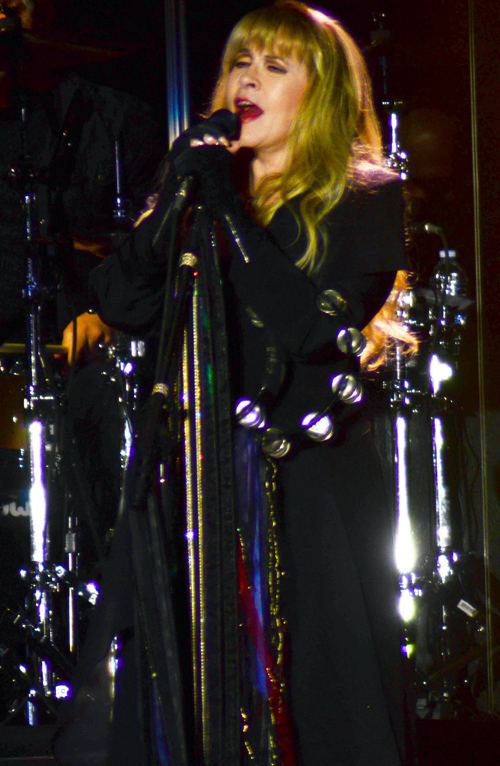 Just days after being booked to pinch hit for the Rolling Stones at the New Orleans Jazz & Heritage Festival while Mick Jagger recovers from a heart valve procedure, Fleetwood Mac has pulled out of the headlining slot on May 2 to give Stevie Nicks time to recover from a severe case of the flu. 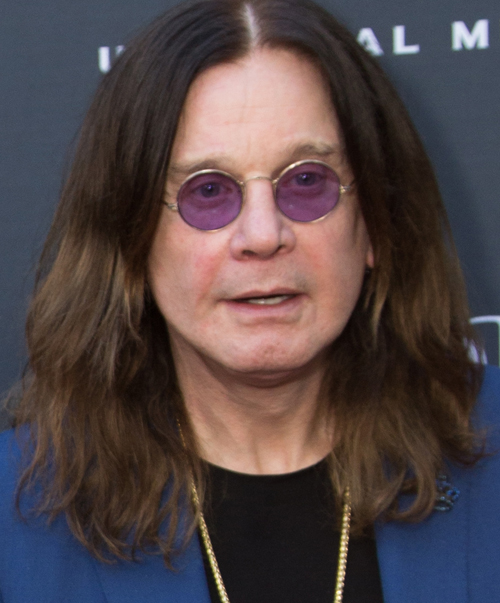 Mick Jagger is well on his way to recovering after having a heart valve issue tended to at Presbyterian Hospital in New York last week.

Ozzy Osbourne is not doing nearly as well. The 70 year-old Black Sabbath veteran got off to a rough start this year, landing in an ICU due to a severe respiratory illness. A recent fall in his home has presented another setback that will sideline Osbourne for an undetermined amount of time, forcing postponement of his No More Tours 2, which had been scheduled to start in late May. Word is the tour's start is getting pushed all the way to February, 2020.

Here's one film we are def lookging forward to seeing! 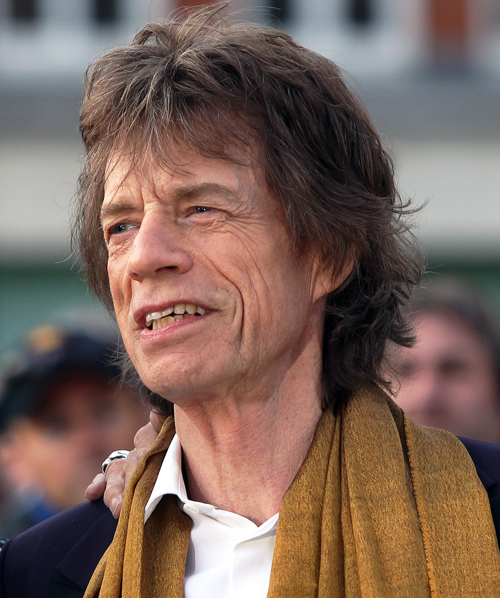 Legendary Rolling Stones front man Mick Jagger underwent successful, minimally invasive heart surgery to address a leaky heart valve at Presbyterian Hospital in New York City. The procedure did not require the kind of full-scale operation that would have sidelined Jagger a good deal longer. The band will still miss the Jazz & Heritage Festival gig scheduled for May 2 (Fleetwood Mac is stepping into that headline slot), and at least the early dates on their North American will need to be rescheduled, but overall, we're happy to pass along that things are looking a lot better than they did for Mick and the band just a few days ago. 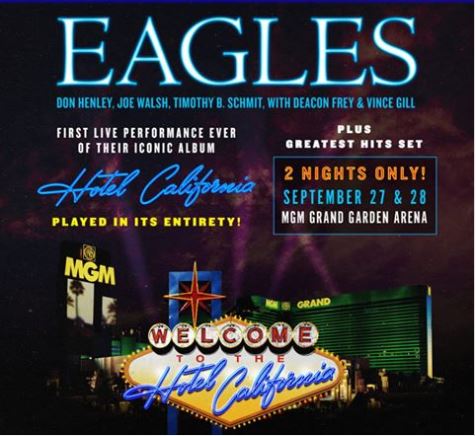 The MGM Grand has landed the Eagles only 2019 North American tour dates. The two Vegas concerts will feature the group performing it's 1976 album Hotel California in its entirety, plus a greatest hits set. Tickets go on sale April 12 for the September 27 & 28 concerts. 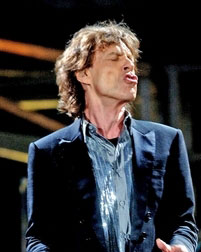 The ailment that forced the Rolling Stones to cancel their scheduled May 2 concert at the New Orleans Jazz & Heritage Festival and postpone other 2019 tour dates was revealed Monday (4/1).  Mick Jagger will undergo heart surgery to repair a faulty valve.  Jagger, famous for keeping himself fit, is expected to rebound from the procedure in time for the band to hit the road later in the year.