The Who 1982 tour was one of a couple that were presumed to be their last (another is in progress now).  The trek included a stop at Shea Stadium in New York that has now gotten an official release by Eagle Rock Entertainment.  Here's the version of Behind Blue Eyes from the collection. 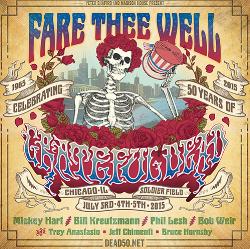 Fans unable to catch the supposedly final performances of the Core Four of the Grateful Dead in person have the option of viewing streaming versions of the California and Chicago concerts.  The band has also confirmed plans to package highlights of the Fare Thee Well concerts in CD, DVD and Bly-ray releases expected out November 20.  A limited run of 20,000 copies of the Chicago shows captured in their entirety on a dozen CD, 7 DVD, Blu-ray box set will also be produced. 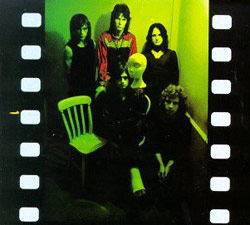 One of Prog Rock's preeminent bass players died from an agressinve form of cancer Sunday (6/28). Chris Squire of Yes passed away less than two months after being diagnosed with acute Myeloid Leukemia.  The bass player died in his adopted home town of Phoenix, Arizona. Geoff Downs of the band relayed word of Squire's passing in a Twitter post that read, 'Utterly devastated beyond words to have to report the sad news of the passing of my dear friend, bandmate and inspiration Chris Squire.'  The group, with Squire's blessing, has been preparing for thier first tour without him.
Mirror.co.uk

Neil Young eyes Donald Trump with the same contempt he has for Monsanto, so it came as no surprise that Trump's use of Rockin' In The Free World during the announcement that he willl run for president  elicited a swift and negative reaction from Young's camp. Responding to an inquiry by msnbc about Trump's use of the song, Young' manager wrote, "Donald Trump was not authorized to use 'Rockin' In The Free World in his presidential campaign announcement. Neil Young, a Canadian citizen, is a supporter of Bernie Sanders for President of the United States." 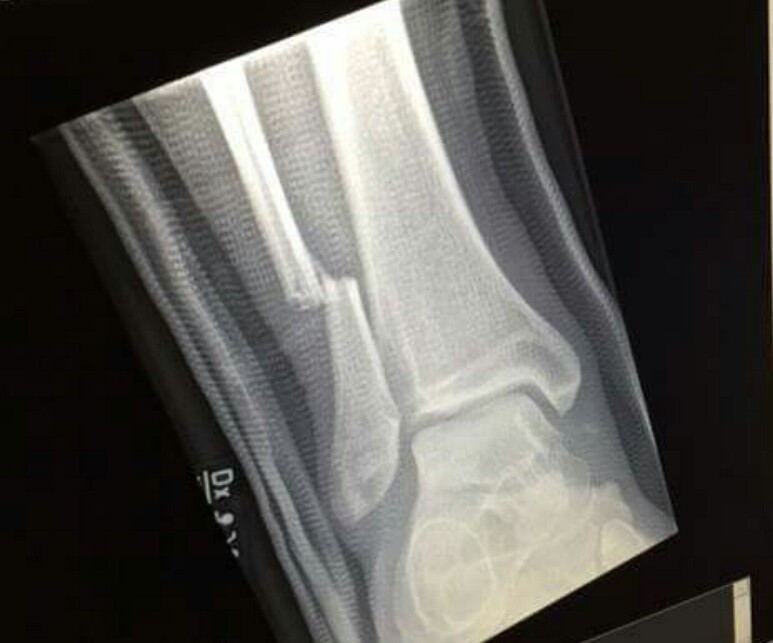 Dave Grohl is one tough dude.  After a fall that was closer to a flight off the stage during the Foo Fighters set in Ullevi Stadium in Gothenburg, Sweden, Grohl returned to the stage do play 3 more songs seated, then went to the flank of the stage so a medic could tend to hs broken leg while the band did Miss You from the Stones and Queen's Tie Your Mother Down. His leg in a cast, Grohl then resumed the concert, leading the group through 14 more songs!
ClassicRock.TeamRock.com

Robert Plant says the inability to perform at his accustomed 140% has forced him to postpone some dates. The former Led Zeppelin front man has announced that lyrangitis will resulted in his  Wednesday (6/10) date in Chicago being pushed back to September 23. Two other dates have been delayed after the ailment robbed Plant of a good portion of his remarkable range.

Doubletakes were a lunch feature at the Humboldt Restaurant in Denver Monday afternoon when patrons found themselves sharing the restaurant with Bono and Bill Clinton.  The former President and U2's front man discovered they would be in the Mile high City and arranged to meet for lunch.  Bono ordered Ahi Tuna, while Clinton opted to stick to his vegan regimen, ordering a kale and quinoa platter.  Chelsea Clinton and her father arrived first and were seated in the back of the dining room. Bono joined them shortly after they were seated.  The casually dressed trio discussed '...family, friends and philanthropy', according to a representative of the Clinton Foundation.

Carlos Santana, a go-to sure bet to do a great rendition of the National Anthem for California teams, did it again at Oracle Arena before game 2 of the NBA Finals between the Warriors and the Cleveland Cavaliers Sunday (6/7). The legendary guitarist was joined by his wife during the pre-tip performance. 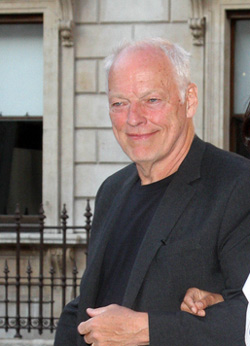 Rattle That Lock will be the title of David Gilmour's next solo album.  The Pink Floyd veteran shared the title and a bit of additional info about the release while participating in a writing conference Saturday (6/6) in Carlow, Ireland. Gilmour and his wife shared  brief segments from a couple of the tracks of the album with others attending the 2015 Borris House Festival of Writing and Ideas. The release of the album will coincide with a brief European tour that is slated to open on September 12 in Croatia. 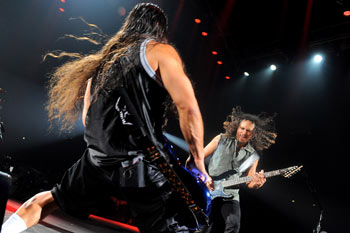 Metallica fans can help the group generate a lot of cash for the Red Cross flood relief effort in Texas while helping themselves to some fresh live material from the band.  Metallica headlines a concert at the XGames in Austin Saturday (6/6) that the group will record and make available in download form for just $5. Every dollar from downloads made between the time they are made available and July 15 will be donated to the American Red Cross of Central Texas.  Want in? The multiple format downloads will be posted at LiveMetallica.com. 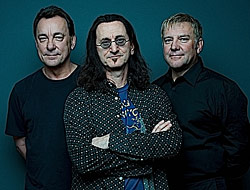 Rush plans on filming the trio's Air Canada Centre concerts in Toronto June 17 and 19 for possible release on DVD. The shows will likely mark the final hometown appearances during a full-scale tour by the group.  The band elected not to stream the shows live, but is considering making board mix reccordings of the concerts available to fans attending them. Alex Lifeson indicated that group members remain open to doing future one-off performances after this final tour wraps up and says another album or ttwo may also be in the offfing.

Eric Clapton put his fleet fingers to work on a version of Brown Sugar that did not make it onto the original release of the Rolling Stones Sticky Fingers album, but that take is included on the expandedd edition reissue of the classic album on June 8.

If there has ever been a more glib but likable Rocker than Charlie Watts of the Rolling Stones, we have yet to meet him. Since Watts himself would never do anything to draw attention to himself, the other band members may have had a hand it getting this diddly posted to the group's Youtube channel. 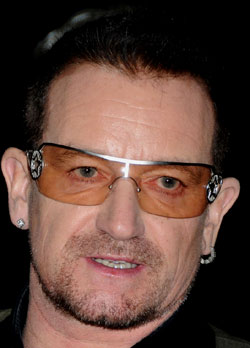 U2's lead singer asked a waitress to pick out some of the best items on the menu for his Saturday night (5/30) meal at an LA eatery. The waitress, a 50 year veteran of Canters Deli, put together a spread that impressed Bono so much that he left a $150 tip for a meal that set him back less than $20 and gave the establishment a plug when U2 took the stage for their third concert at the Forum.  What impressed him so much? a corned beef reuben, onion rings and fries.
Billboard.com