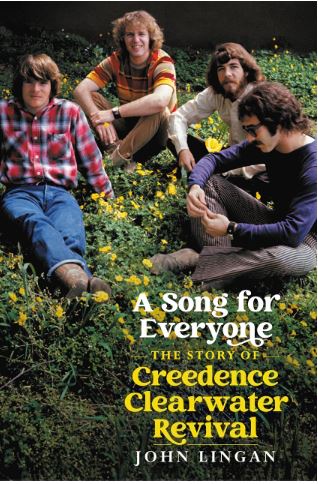 Few bands in their prime could match the pace at which Creedence Clearwater Revival recorded and released albums. Between 1969 and 1972, the group had a constant presence on the album and singles charts and even released three albums in in 1969 alone. The success was largely a result of the prolific song writing of John Fogerty, who penned all of the bands biggest songs. That fact fostered some resentment on the part of other members of the group.  John contends that he wanted the others to write material, but very little was offered. When he discontinued his early practice of sharing some writing credits with the other members on some tunes, the band began to unravel, starting with the decision by his own brother, Tom, to quit the group.

Author John Linigan delved deeply into the band's emergence as one of America's most distinguished groups and the internal dynamics that contributed to its success but ultimately caused its demise in his forthcoming book A Song for Everyone: The Story of Creedence Clearwater Revival, due out August 9th.