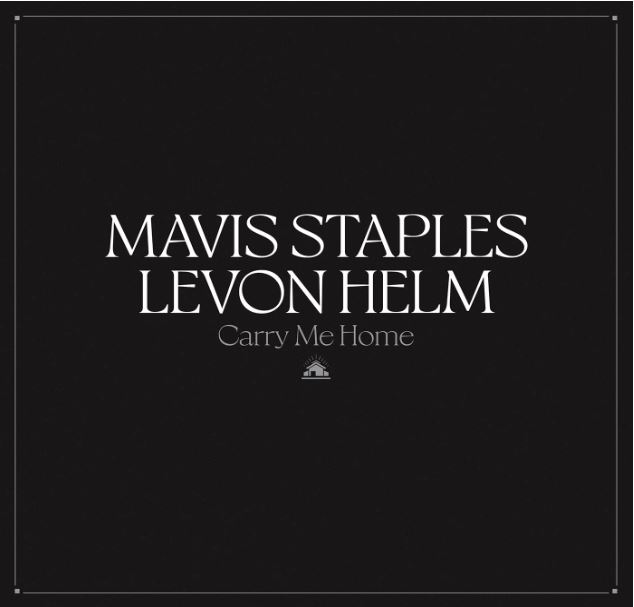 We lost one of the most distinctive voices in rock on April 19th, 2012 when Levon Helm succumbed to neck and head cancer. Almost a year before his passing, the Band's drummer hosted a live session with Mavis Staples at his barn that included Levon's daughter Amy, Staples' sister Yvonne, guitarist Larry Campbell and Levon's Midnight Ramble horn section. The soulful, heartfelt performance recorded June 3, 2011 was released this week on the album titled Mavis Staples Levon Helm Carry Me Home. It features the versions of Curtis Mayfield's This Is My Country, Bob Dylan's You Got to Serve Somebody, the Buddy and Julie Miller song Wide River To Cross, moving renditions of You Got To Move, Trouble In My Mind and Farther Along, plus The Weight, a song Staples sang on during the Band's November, 1976 farewell concert, The Last Waltz.