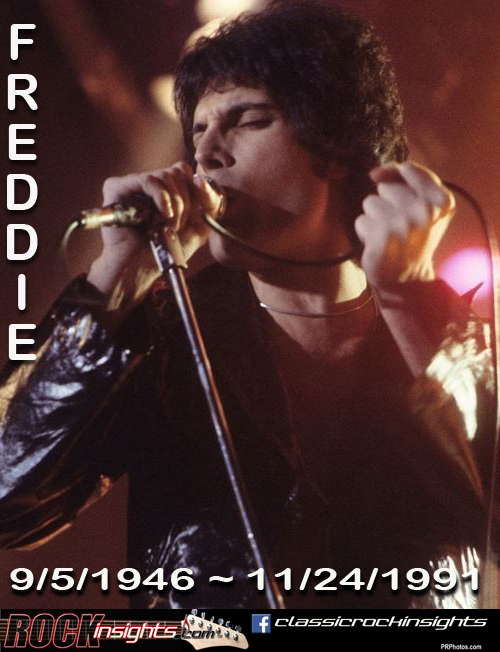 Until recently, the loss of nearly every major figure in Rock came as a sudden, unexpected shock.  Knowing well before his death that Freddie Mercury's remaining days were dwindling still made news of his passing on this day in 1991 hard to take.  Five years after being diagnosed as having AIDS, this once charismatic titan of a front man publicly acknowledged his illness only the day before bronchial pneumonia related to the disease took his life.