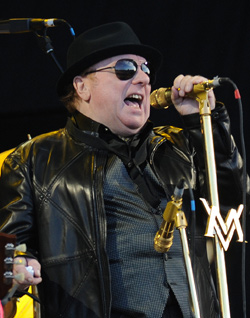 Van Morrison has announced plans to perfrom regularly at the Harp Bar, a Belfast, Ireland pub that sets fewer than 200.  The six time Grammy winner wants to play a small stage again to '...get back to his roots', according the Harp owner Willie Jack.  The pub is housed in a warehouse that once was the headquarters for Bushmills Whiskey Distillery. The building was used as a set in Good Vibrations, a film about the emergence of punk music in the Irish city.