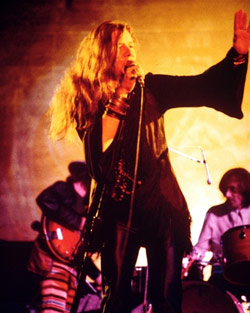 A long overdue star for Janis Joplin was unveiled in Hollywood Monday (11/4) during a ceremony that featured  Kris Kristofferson doing a rendition of the song he wrote and Janis turned millions on to, Me & Bobby McGee.  Joining members of Joplin's family at the ceremony, Krisofferson said he heard her interpretation of his song for the first time on the day she died, adding that he had to listen to it over and over again before he ws able to hear it through without breaking-up, adding, '...she means so much more to me than a star on a sidewalk.'
FemaleFirst.co.uk