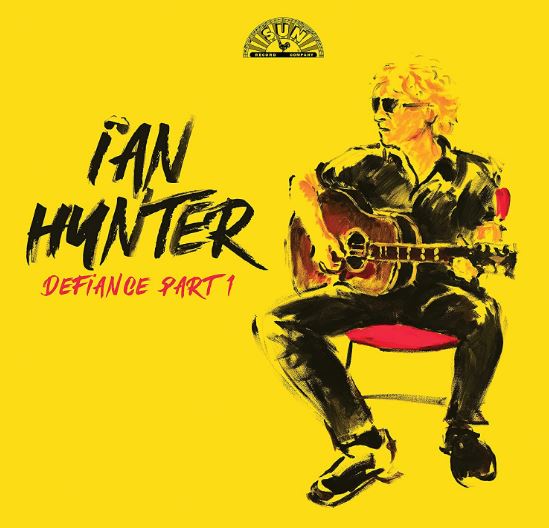 Ian Hunter's career has earned him a multitude of high profile fans, so it was less surprising to us than to him that when he invited a number of his avid fans in the ranks of well known and highly regarded players to play on his new album, loads of them opted in right away. Defiance Part 1 gets released on April 23 an will feature Hunter collaborating with ZZ Top's Billy Gibbons, Ringo Starr, Mike Campbell from Tom Petty's Heartbreakers, Def Leppard's Joe Elliot, Todd Rundgren, Slash, Metallica's Robert Trujillo, Brad Whitford of Areosmith and will include some of the final recorded performances by Jeff Beck and Taylor Hawkins.