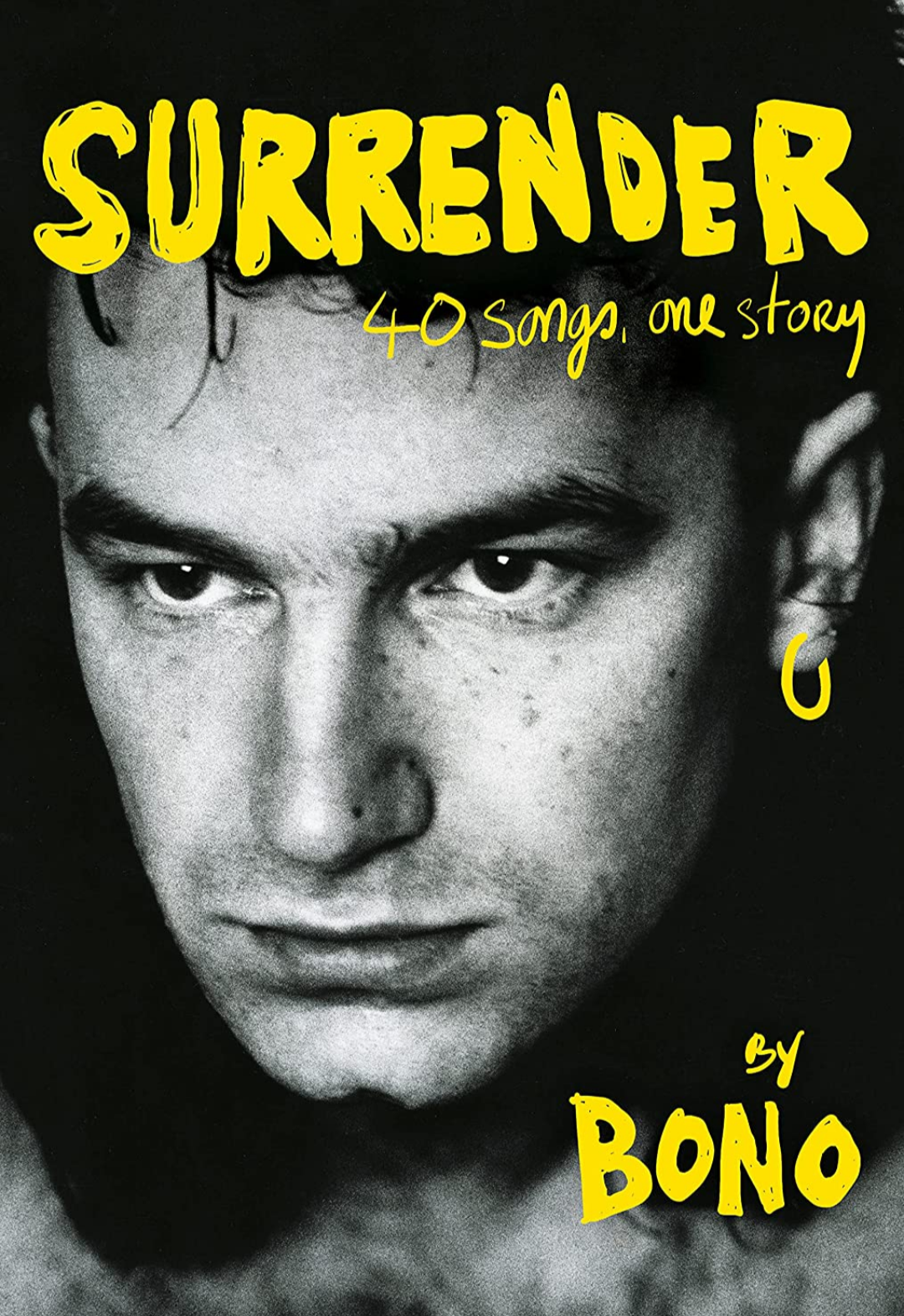 U2 front man Bono's autobiographical book Surrender: 40 songs, one story is now out. The 500 page book tells his life story in chapters associated with songs and drawings he has done. In a release about the book he states, "Surrender is a word freighted with meaning for me. Growing up in Ireland in the seventies with my fists up (musically speaking), it was not a natural concept. I am still grappling with this most humbling of commands. In the band, in my marriage, in my faith, in my life as an activist. Surrender is the story of one pilgrim's lack of progress... With a fair amount of fun along the way". The singer embarks on a multiple city international book tour that starts today in New York City.
Read All