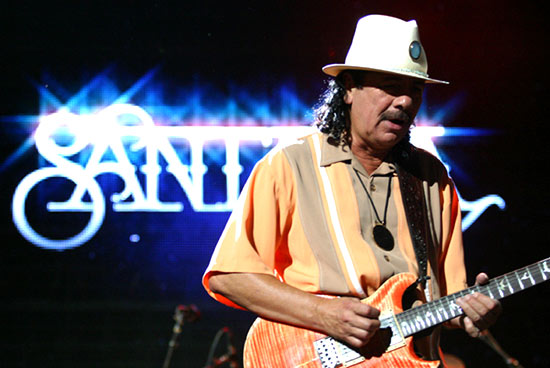 Rapid recovery wishes to Carlos Santana. The soon to turn 75 guitar legend collapsed in the middle of a song during last night's concert at Pine Knob Music Theatre near Detroit. He as seen waving to fans as he was being removed from the scene on a stretcher. Early indications are that dehydration and heat exhaustion caused him to pass out, but he was being evaluated to make sure no other causes were involved. As a precaution, a Pennsylvania concert has been postponed.