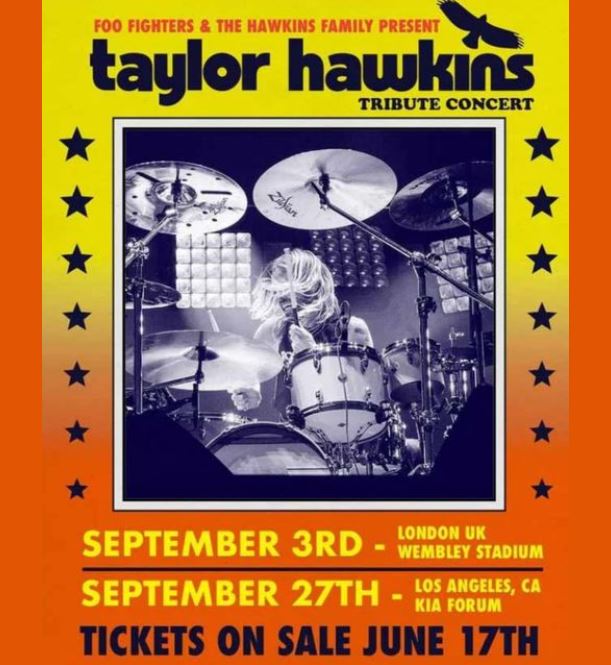 Members of two of the late Foo Fighters drummer's favorite bands will perform to honor him. Queen's Brian May and Roger Taylor and Rush veterans Geddy Lee and Alex Lifeson have accepted the Foo Fighters invitation to join them at a September 3rd tribute concert to Taylor Hawkins being staged at Wembley Stadium in London. A second concert will take place in Los Angeles on September 27th at the KIA Forum.