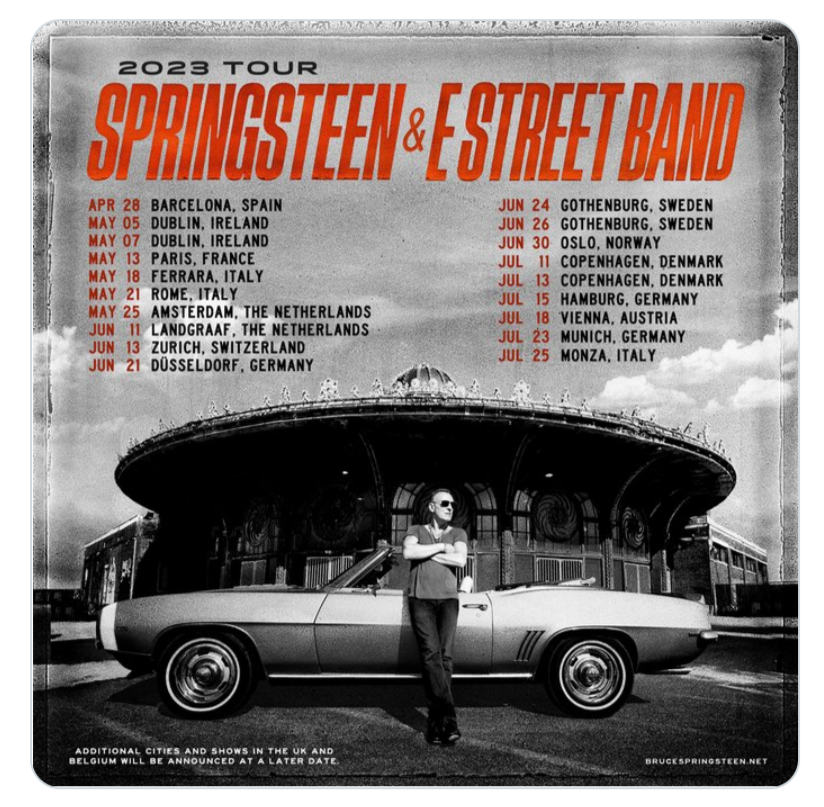 Bruce Springsteen has announced that he and his E Street Band members will start a US arena tour in February, 2023 and follow it up with a European tour. In an unusual move, all of the cities for the second leg of the tour were revealed, but none of the first leg's US cities or venues were announced.