Posted About Four Years Ago by ROCKinsights 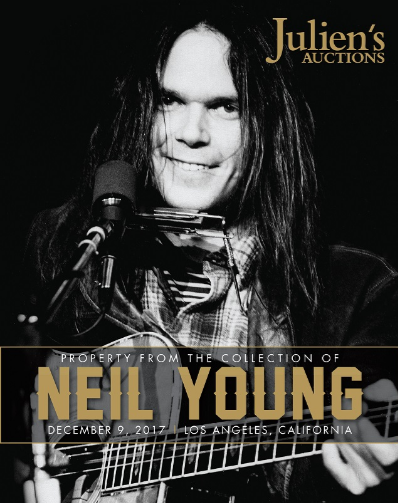 Neil Young's long run of Bridge School benefit concerts reached the end of the line with last year's concert. His generosity toward the learning center for children with special needs  takes another form on December 9 when Julien's Auctions in Los Angeles will conduct a large scale sale of the Rocker's belongings for the benefit of the school.  Included in the sale are more than 200 are pieces from his extensive collection of Lionel Trains, some with estimated values of clost to $10k, his 1954 Cadillac Fleetwood, his 1948 Buick Roadmaster Hearse and a 1941 Chysler 28 Windsor Highlander Coupe.  Among the guitars Young is parting with are a 1935 Martin F-7, a left handed 1965 Gibson E-35 and a 1999 Gretsch White Falcon.  An assortment of amps and recording equipment is also in the mix, as is clothing of note, including a red & blue flannel shirt Young wore when he played with Paul McCartney at a Bridge School Benefit concert.