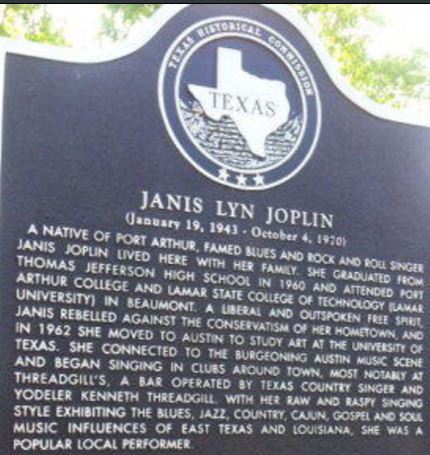 The psychedelically painted Porsche Janis Joplin owned sold for far more than was expected when a high bid of $1.76 million took it.  That might have made the current owner of the non-descript house the singer lived in before fleeing Port Arthur, Texas for the west coast think a collector might pay a good deal more than its actual worth to grab it up.  The house is appraised at just over $52,000.  The seller seems to think someone will buy it for half a million. We doubt that will be the case.  The car was a treasured possession of Joplin's and became a symbol of her own and a generation's free spirit. The house was a place she couldn't wait to get away from.  The Museum of the Gulf Coast, which has a section dedicated to Joplin, even declined the opportunity to acquire the house before it went on the market.