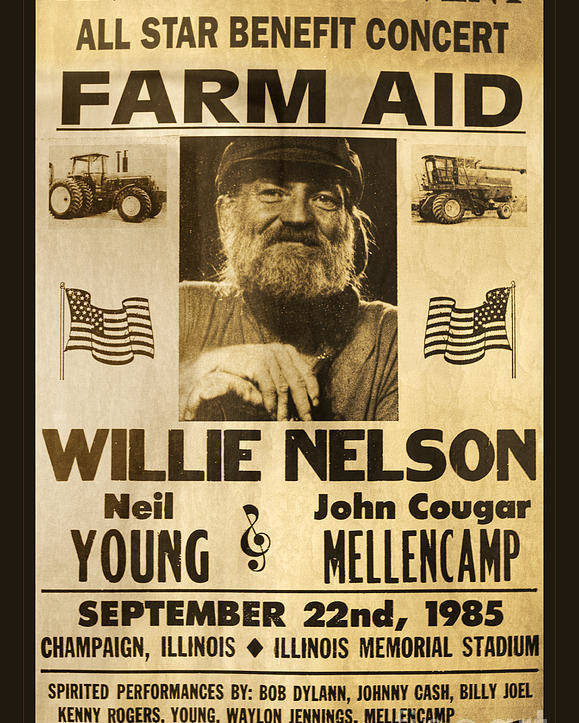 The inaugural Farm Aid concert took place on this day in 1985 in Champagne, Illinois.  The idea of staging a benefit concert to help family farms facing tough times was said to have been something Willie Nelson enlisted John Mellencamp and Neil Young to help him put on because Bob Dylan had remarked that he hoped some of the money raised at the Live Aid concert staged earlier that summer could be used to help farmers at risk for foreclosure. Ironically, Dylan's last name was misspelled on the poster for the event, which took place at the University of Illinois Memorial Stadium with a crowd of 80,000 on hand to hear performances by the hosts, Dylan, Tom Petty, Billy Joel, Jimmy Buffett, John Fogerty, Charlie Daniels, Foreigner, Sammy Hagar, Don Henley, Joni Mitchell, Lou Reed, Bonnie Raitt, Eddie Van Halen, B.B. King, and dozens more.  The 12 hour concert raised more than $9 million.

Other Noteworthy Classic Rock events on September 22 include...

1965 Grace Slick and The Great Society do their first live performance in North Beach, California.

1965 Roger Daltrey slugs Keith Moon during a Who concert in Scandinavia.